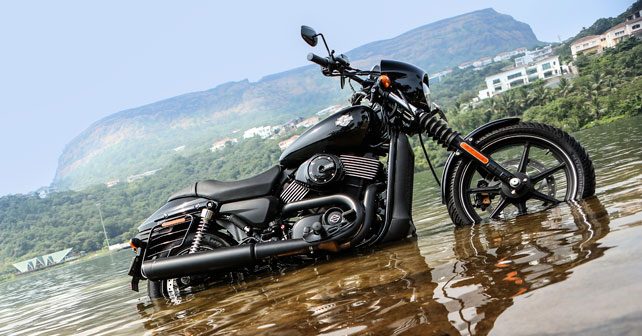 Earlier this month, we reported that the Harley Davidson has updated its website with its 2017 model range revealing that it is set to come equipped with Anti-lock Braking System (ABS). Now our sources tell us that bookings for the 2017 range of motorcycles has commenced. Minimum booking amount for the 2017 Harley Davidson Street 750 is Rs 30,000 while for the more premium range of motorcycles is Rs 50,000.

Harley has made this move keeping in mind that the government about to make ABS mandatory for all motorcycles displacing more than 125cc. While there isn’t any confirmation from Harley about the price, however, we expect the ABS equipped models to demand around 10 per cent more than the current one.

The MY16 models of all Harleys positioned above the Street Bob already come fitted with ABS. The motorcycles positioned below it however, have often been criticised for their poor braking performance. Harley tried to address this issue by updating the brakes in its Dark Custom range but the update still wasn’t enough to let the absence of ABS go unnoticed.

While there isn’t an official confirmation from Harley about when these 2017 models will be launched, our sources revealed it is expected to go on sale in November with deliveries commencing soon after. Internationally though, these models have already been launched.