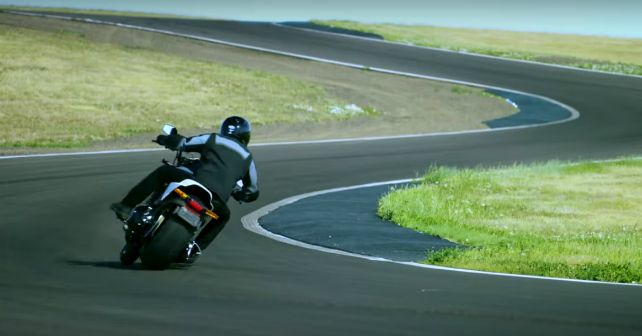 With Harley Davidson announcing their future plans of venturing into new segments and body styles in the years to come, one would think that the company has drifted away from their core philosophy. But the American bikemaker seems to have its focus on what it knows best – making cruisers. In the ‘More roads to Harley-Davidson’ video released recently, the company has given us a glimpse of two new Softails that could be called Bronx and FXDR.

The video shows the instrumentation of the FXDR and the most interesting aspect about it is . . . wait for it . . . the clip-on handlebar! This is the first time that the bike maker has fitted them on their motorcycle since XLCR Café Racer in the late 1970s. Just like the Fat Bob, this one too seems to be equipped with fat front forks. The front tyre, however, doesn’t seem to be as wide.

Aside from the FXDR, Harley also teased another motorcycle that could be the Bronx. Harley Davidson has trademarked the Bronx name earlier this year in January. The video reveals that the Bronx has a full-colour TFT screen with Bluetooth connectivity. The Bronx may also come fitted with Showa big piston front forks, hinting at the possibility of it being a power cruiser that can take on the likes of the Ducati Diavel.

The next few years will bring exciting news from Milwaukee. The FXDR and the Bronx are likely to be showcased at the EICMA later this year in November. And then, of course, the Pan America, 1250 Custom and the 975 Streetfighter are expected in next few years too. Meanwhile, Harley is also looking to partner with one of the Asian bike makers to develop 250 – 500cc offerings.