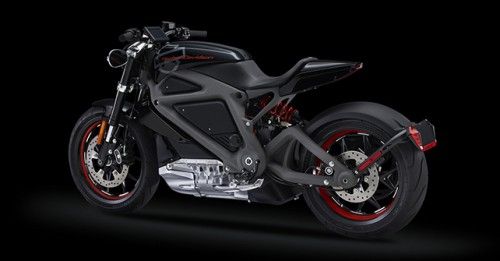 Harley-Davidson unveiled their first electric motorcycle called Project LiveWire. Though the bike will hit the market after a couple of years, H-D will begin a 30 city tour in the US where select consumers will be able to ride and provide feedback on the bike.

“America at its best has always been about reinvention,” said Matt Levatich, President and Chief Operating Officer, Harley-Davidson Motor Company. “And, like America, Harley-Davidson has reinvented itself many times in our history, with customers leading us every step of the way. Project LiveWire is another exciting, customer-led moment in our history.”

It is hard to believe that in the near future the 'potato potato' choppy signature exhaust note will no longer exist. Harley insists that the new unique sound will play an important role to its biking culture.  "Project LiveWire is more like the first electric guitar – not an electric car. The sound is a distinct part of the thrill. Think fighter jet on an aircraft carrier. Project LiveWire’s unique sound was designed to differentiate it from internal combustion and other electric motorcycles on the market,” Mark-Hans Richer, Senior Vice President and Chief Marketing Officer, Harley-Davidson Motor Company.

The main challenge the company faces now is the limited range offered by electric motorcycles. The batteries usually need to be recharged after 210 kilometers or 130 miles, not mention it will take at least an hour to recharge.