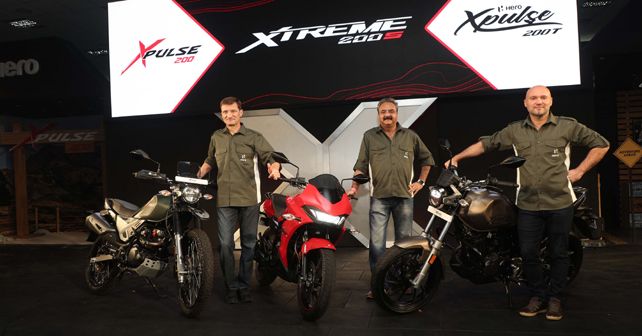 The much-awaited Hero Xpulse arrives in two versions - the off-road spec 200 and the road-going 200T; Hero's third launch comes in the form of the Xtreme 200S, a fully-faired version of the Xtreme 200R.

After a long wait, the highly-anticipated Hero Xpulse 200 and Xpulse 200T motorcycles have been launched in India. While the former is a purpose-built, lightweight off-road adventure version, the 200T is the road-biased tourer version. The 200T carries a price tag ₹ 94,000, while the Xpulse 200, available with either a carburettor or fuel injection, has been priced at ₹ 97,000 and ₹ 1,05,000, respectively (All prices are Ex-showroom, Delhi). Despite serving different purposes, both motorcycles are powered by the same 199.6cc single-cylinder, air-cooled engine which also underpins the Hero Xtreme 200R. In terms of power, the motor churns out 18.1bhp and 17.1Nm of torque, and the power is sent via a five-speed gearbox. 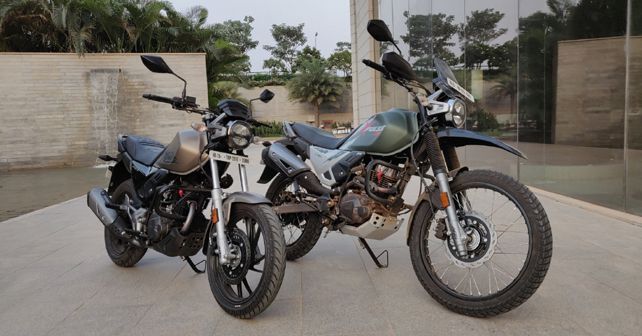 Coming to the erstwhile mysterious third bike that Hero has launched today, it is a fully-faired version of the familiar Xtreme 200R, the 200S. The Hero Xtreme 200S has been launched at ₹ 98,500 (Ex-showroom, Delhi). The 200S remains mechanically identical to the 200R. 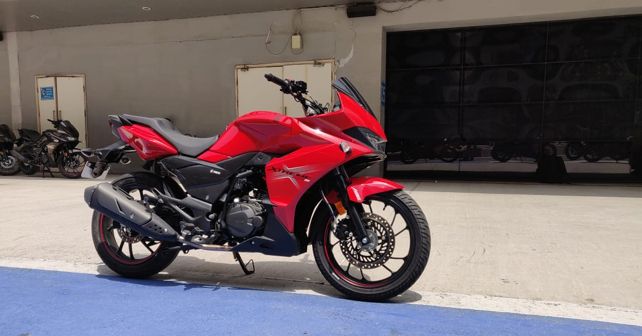 In terms of features and equipment, the Xpulse 200, due to its off-road nature, comes with spoked wheels (a 21-inch wheel at the front and an 18-inch unit at the back), shod with dual-purpose tyres and a tall windscreen. Further, the off-road credentials of the bike are bolstered by a high mounted mudguard & exhaust, an engine bash plate, knuckle guards and 220mm of ground clearance. The Xpulse 200T, on the other hand, gets the usual road-spec features like 17-inch alloy wheels, tubeless tyres and a low-mounted exhaust. 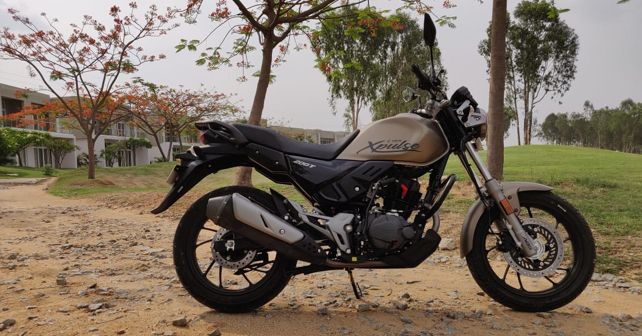 Apart from the off-road equipment, the new Xpulse range also gets an LED headlamp, a digital instrument cluster (with Bluetooth smartphone connectivity via the Hero App & Navigation), telescopic forks up front and a monoshock setup at the rear. The Xpulse 200, however, also gets fork gaiters to fend off any dust or mud from entering the suspension forks and a 10-step preload adjustable rear shocker (as compared to the 200T's 7-step adjustable setup). Further, the Xpulse 200 & 200T gets disc brakes on either end (276mm front disc and a 220mm rear disc), with single-channel ABS.

At this price, the XPulse 200 becomes the most affordable entry-level ADV in India by a big margin, a title which until now, rested with the Royal Enfield Himalayan, which is priced at ₹ 1.79 lakh (Ex-showroom, Delhi).

You can check out our detailed image gallery of the Hero Xpulse 200 and Xpulse 200T here.