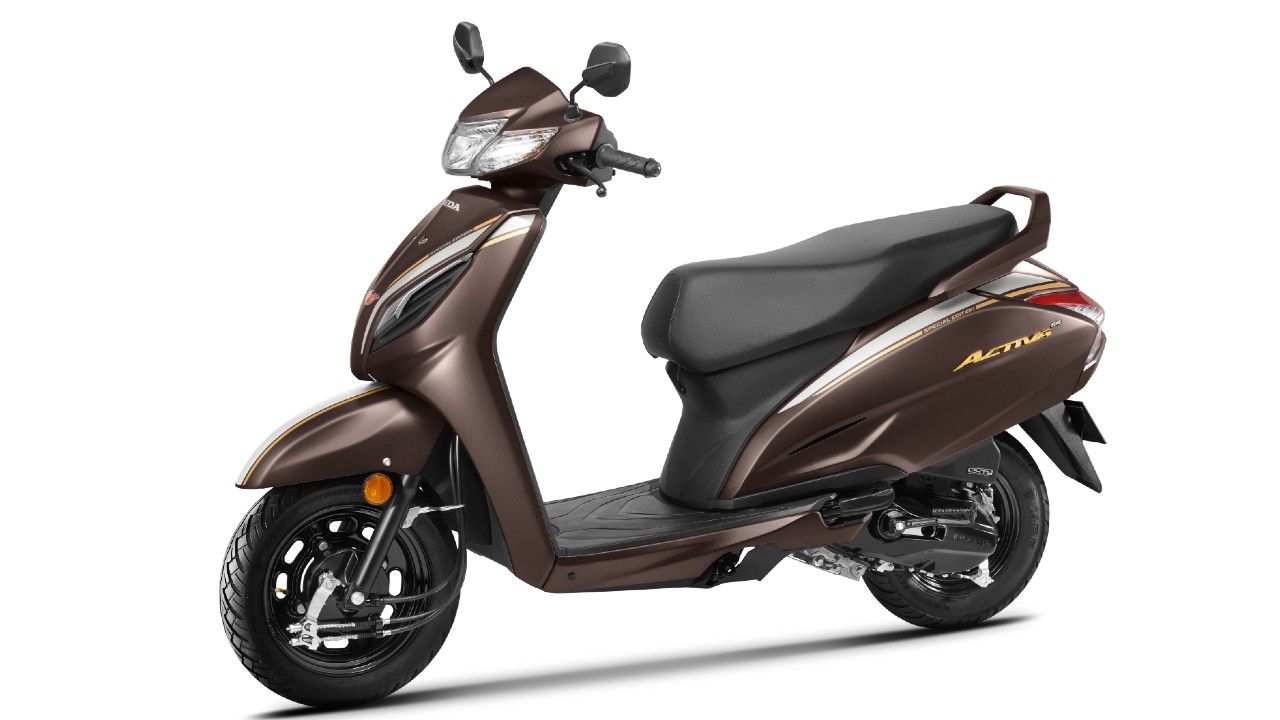 Changes to this 20th Anniversary Edition include an exclusive paint scheme, black steel wheels and crankcase cover, and more. Available in standard and DLX variants, prices start at Rs 66,816

Two decades, that’s how long the Activa has been in existence, well almost. And to celebrate the momentous occasion, Honda has brought in a special edition of the popular scooter. The Activa 20th Anniversary Edition is now available in both Standard and DLX variants at Rs 66,816 and Rs 68,316 respectively. Prices ex-showroom Gurugram. Both variants are roughly Rs 1,500 more expensive than the regular offerings. For the additional money you get the Activa with a 20th anniversary edition insignia and a special golden Activa logo on the side fenders. Other changes include black steel rims and crankcase cover. The Activa 20th Anniversary Edition can be had in this Matte Mature Brown you see in the pictures and a Pearl Nightstar Black. Additionally, the grab rail is also finished in a similar shade.

Mechanically, the 20th Anniversary Edition is identical to the Activa 6G. This one too is powered by a 109.51cc fuel-injected motor that develops 7.68bhp and 8.79Nm. Just like the standard trim, this one too gets the silent start function, engine kill switch, external fuel filler cap and telescopic forks at the front. The Deluxe variant also gets an LED headlamp setup.

Speaking about the journey of the Activa in India, Atsushi Ogata, Managing Director, President & CEO, Honda Motorcycle & Scooter India Pvt. Ltd. said, “Every new generation of Honda Activa has introduced Indian riders to advance global technologies ahead of time – be it Combi-Brake System in 2009 (a decade before the norms), Honda Eco Technology (HET) in 2013 or the latest enhanced Smart Power (eSP) technology and 26 new patent applications in 2020 Activa 6G. Celebrating Indian customers love and trust on Activa – the true gold standard of unisex family commute, we are delighted to launch the special 20th Anniversary edition of Activa 6G.”

Honda brought in the Activa to India in 2001 and right from the time of its launch, the scooter has gained tremendous popularity. In fact, with more than 2 crore units sold the Activa is the highest-selling two-wheeler in the country beating the likes of the popular Hero Splendor.