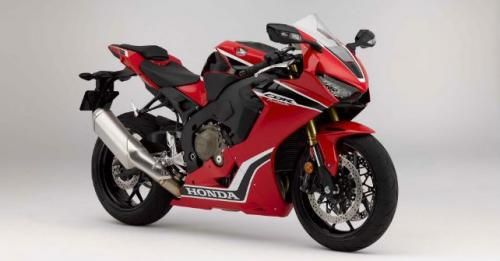 Following other major bike manufacturers, like Suzuki, Yamaha, Ducati and Harley-Davidson, Honda has officially dropped the price of its CBR1000RR (or CBR Fireblade) range in India by Rs. 2.54 lakh.

The standard CBR Fireblade will now cost Rs. 14.78 lakh, a considerable reduction from the previous 16.79 lakh. The Firebalde SP, meanwhile, has gone down from Rs. 21.22 lakh to Rs. 18.68 lakh (all prices ex-showroom, Delhi). This price reduction is a result of the recently announced dip in custom duties of CBU bikes from 75 per cent to 50 per cent.

It is worth noting that alongside the Fireblade, Honda also imports the Goldwing cruiser to India, however, no change in the latter’s price has been announced as yet. Coming back to Fireblade, it still remains one of the more affordable litre-class supersport bikes available in India. Its main rivals – the Yamaha R1 and the Suzuki GSXR1000 – have also received a price cut very recently, but they still are more expensive.

The latest-gen Fireblade was launched in India last year. At its heart is a 999cc inline 4-cylinder motor that pumps 189bhp of power and 114Nm of torque. The bike is around 16kg lighter than its predecessor and comes loaded with various electronic aids like gyroscopic ABS system, nine level traction control, selectable engine braking and electronic steering damper. The higher-spec SP model additionally gets semi-active Ohlins Electronic Control suspension, quickshifter and downshift assist.