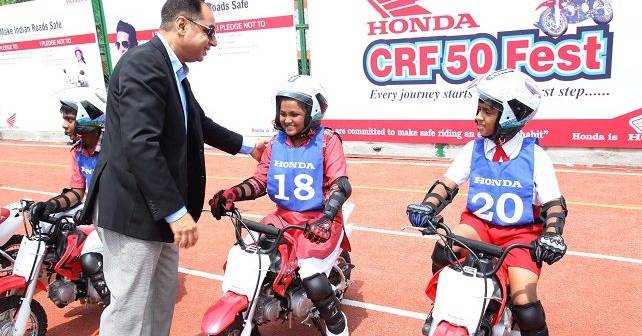 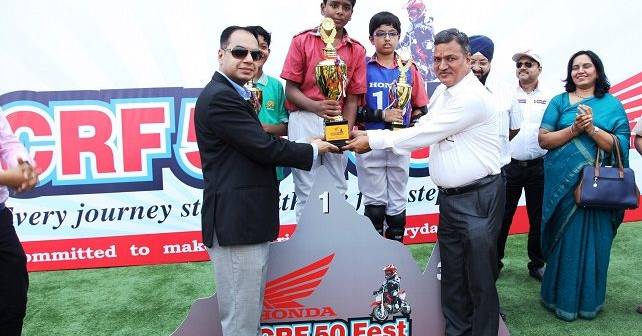 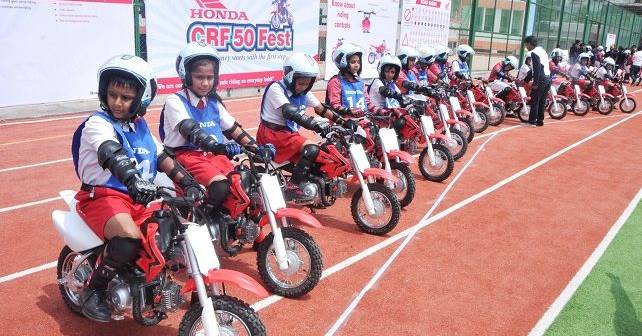 In a first-of-its-kind initiative in India, Honda Motorcycle and Scooter India is going to educate 6,000 kids across 12 different cities in India on the lines of safe riding, for a safer future. HMSI has recently imported a number of CRF 50 motorcycles in India in order to kick start its CRF 50 Fest – an event held across 12 cities in India to educate more than 6,000 kids on safe riding. This is for the first time in India that a two-wheeler manufacturer is aiming at kids to teach them the basics of road safety. The idea behind the event is to create real-life scenarios in a controlled fashion where these kids will be taught how to deal with them both theoretically and practically. The first leg of the event took place today in the capital city of New Delhi where more than 500 kids participated in the activity today. The event will create  As a part of the event, theoretical sessions, traffic signs quiz and road rules puzzles were also conducted by Honda safety instructors. Based on the overall performance, a Road Safety Champ was chosen. Commenting on the occasion Mr. Y. S. Guleria-Senior Vice President, Sales & Marketing, HMSI said, “Under our ‘Catch Them Young’ approach, we believe in cultivating safe riding habits from an early age. We want the future riders of India to be responsible citizens on the road and lead to a safer road environment. CRF 50 Fest is a small step towards creating safety advocates for the society helping us achieve our dream of –Making safe riding an everyday habit.” After Delhi, the CRF 50 Fest will take place in cities like Chandigarh, Lucknow, Indore, Kolkata, Bhubaneshwar, Hyderabad, Chennai, Cochin, Bengaluru, Pune and Ahmedabad.