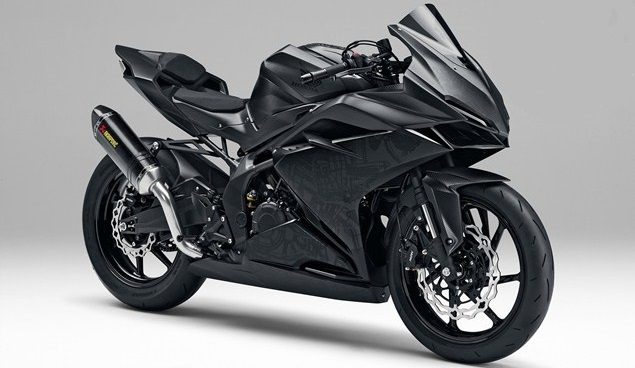 Honda has revealed its latest offering which in a 250cc motorcycle and will officially be launched next month at the Tokyo Motor Show.

If the guys at Visordown are to be trusted, Yamaha’s YZF-R3 is going to face a tough rival very soon. According to the information we collected, the 250cc supersport motorcycle from Honda will be a “multi-cylinder” machine, and will directly aim at the recently launched Yamaha YZF-R3.

Honda has also released a description of the soon-to-be launched motorcycle which says, “Designed with the key phrase “strong presence,” this next-generation super sport concept model and features a look possessing a sense of speed that comes from its long nose and low crouching position. The combination of a plane architecture, which indicates the sense of hardness and solidity, and sharp edges emphasize the aggressive look of this model. Moreover, the exterior featuring matte-black-based low-contrast graphics expresses beauty and the remarkable form.”

By “multi cylinder,” we expect the bike to be a parallel-twin which will make more sense unless Honda decides to go a level ahead and put three pots in that engine block. The look and finish, according to the picture, is top notch and the bike looks very very purposeful.

The bike is expected to remain 250cc for the western markets, but Honda increasing the capacity to 300cc or above also can’t be ruled out for the Asian markets. This will be similar to what Yamaha did with its R25 which was later increased to 321cc in case of the Yamaha YZF-R3. Everything said and done, the 300cc version of this motorcycle will take some time, if you ask us, but the 250cc unnamed motorcycle should be a stunner at the Tokyo Motor Show taking place next month.