Honda starts the production of the NAVI at Tapukara 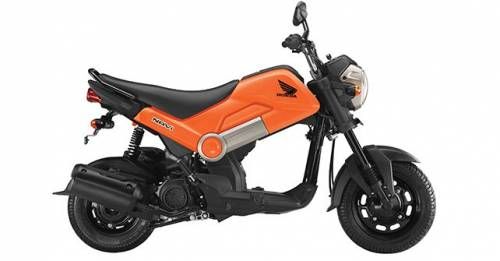 Honda has started the production of the new revolutionary product, the Honda NAVI which will soon be available at Honda dealerships from March 2016.

Honda Motorcycles and Scooters India has commenced the production of the Honda NAVI at their Tapurkara facility in Rajasthan. Honda unveiled the NAVI at the 2016 Auto Expo in Greater Noida in early February and claims to have received 1000 booking in a months time frame. Honda launched the unique two-wheeler at the expo for Rs. 39,000 ex-showroom Delhi.

The NAVI is powered by a 110cc engine from the Activa scooter and also the automatic transmission is also included in the motorcycle. Honda developed the NAVI 100% at their R&D facility in India from its concept stage all the way to its production ready final product.

The NAVI will be available in 5 different colours for customers to chose from. Namely Patriot Red, Hopper Green, Shasta White, Sparky Orange and Black. Honda had also showcased 3 different concept version of the Honda Navi at the Expo as well.

The sales of the motorcycle will commence in March 2016 in Mumbai first and then gradually across the country. Honda says that their dealerships will provide a totally new environment and ‘Funtastic’ experience for the youth with a range of customisation options as well.

Honda has also launched an app for customers to book their NAVI with the help of an Andriod operated smartphone. Since the launch of the app, Honda claims they have received over 20,000 downloads and has received 1,000 booking in its first month.