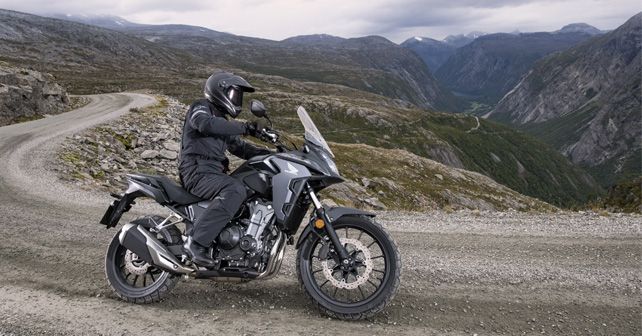 By localising some of the big bikes in India, Honda will not only bridge the gap in its product portfolio but will also ensure that the pricing remains competitive. Expect locally produced 500 series models to be launched in the future.

In November last year, Honda Motorcycle and Scooter India (HMSI) confirmed that it will shift its attention to the premium motorcycle segment. The company revealed that it will introduce five new motorcycles in the class excluding the seven they already had on sale (CBR1000RR, CB1000R, Africa Twin, Goldwing, CBR650R, CB300R, and the Forza). Honda recently brought in the 2020 Africa Twin to India at a starting price of Rs 15.35 lakh (ex-showroom), but it is only getting started on expanding its product portfolio in India.

During the launch of the Africa Twin, Honda confirmed that it will locally produce premium offerings in India. HMSI didn't reveal any specific timelines though. In fact, while it hasn't revealed the models that will be locally produced, it has hinted at the middle-weight category. Honda currently has the CB300R and the CBR650R on sale in India, both of which have been brought to India via the CKD route. With the CB300R is priced at Rs 2.42 lakh and the CBR650R at Rs 7.70 lakh (both prices ex-showroom), currently, there’s a huge gap in Honda’s portfolio – one that could be filled by their 500 series offerings, which include the CB500X, CB500F, CBR500R, and the Rebel 500. In fact, given the response that the CB300R has received, it won’t quite come as a surprise if Honda starts producing it locally. Although it may take a while, Honda might even consider complete localisation for some of these products.

Meanwhile, Honda is also smartly working on expanding the number of BigWing premium bike dealerships before adding new models to its line-up.