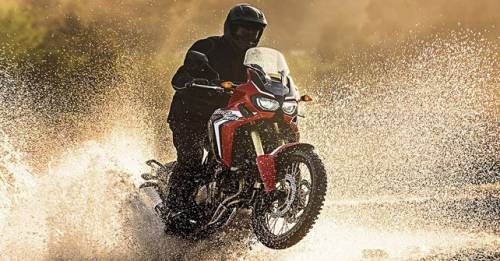 Honda Motorcycle & Scooter India is all pumped up for the 2016 Delhi Auto Expo. The company has revealed its plans for the country’s bi-annual auto show, confirming the launch of 6 new products and 4 concept models. Alongside these, the Japanese motorcycle maker will also showcase its current MotoGP racing prototype - the RC213V.

While Honda is claiming that it will launch 6 new products at the expo, only two of them will be all-new for our market – the remaining four will be refreshed versions of products from the company’s current model line-up. The first of the new products will be an all-new two-wheeler, called the Navi. The company claims the Navi is “here to change the way India plays with two wheels” and that it will create a new segment. Honda is keeping rest of the details close to its chest and will only spill more beans about it at the auto expo.

The second product is a “global superbike for adventurers”, says Honda – most likely it’s the Africa Twin or in the company’s speak, CRF1000L. The 2016 Honda Africa Twin is an adventurer touring machine that marks the manufacturer’s return in the segment after a 12 year hiatus. The adventure tourer is powered by a 998cc parallel-twin engine featuring a unicam four-valve design. Power output is rated at 94 bhp @ 7,500rpm while it develops a peak torque of 98Nm at 6,000rpm. Globally, the motorcycle is offered with either a six-speed manual or a six-speed DCT gearbox with on- and off-road riding modes. Like the CBR650F launched in 2015, the new adventure tourer is also expected to be assembled in India via CKD units.

Apart from that, Honda will showcase 4 concept models at the show, including the EV-Cub Concept (a short-distance environmentally friendly personal commuter) and Neowing (a sports hybrid three-wheeler) along with two more ‘mystery’’ concepts.