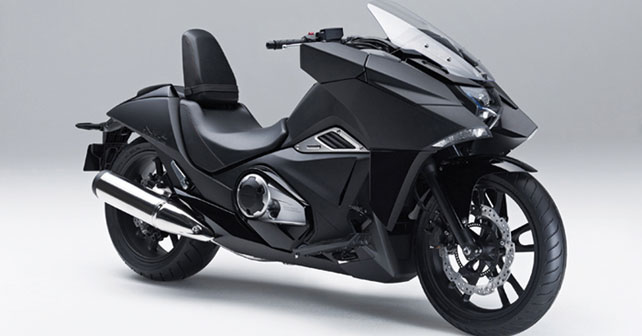 Motorcycle design seems to be heading in an interesting direction, and Honda’s latest offering for the US market in 2015 is proof of this. Honda had first showcased a concept called the Vultus at the 30th Osaka Motorcycle Show, and it received much attention for its futuristic looks and massive front-end styling. Now, in a surprising and bold move, Honda has announced that it will begin series production of this prototype and it will be called the NM4. While the concept version featured a 745cc parallel-twin engine, it turns out that the production ready NM4 will feature the same 670cc engine borrowed over from the NC700X and will be mated to an automatic dual-clutch transmission. The fact that the bike also has DCT and ABS systems, plus a low seat height, might make it appeal to a large variety of riders. It also has a backrest that can be adjusted to serve as a pillion seat as well, and it also features inbuilt side saddlebags. Needless to say, we think it’ll look absolutely rocking to be seen out on public roads and we can’t wait to get a glimpse of one.