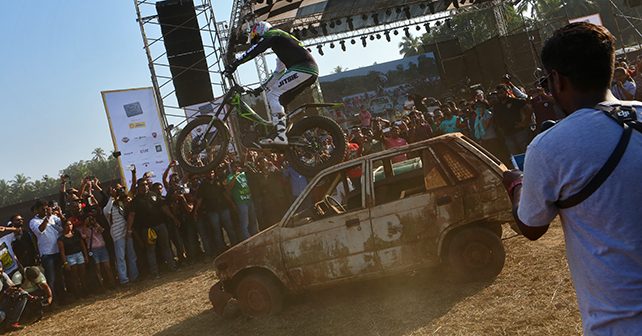 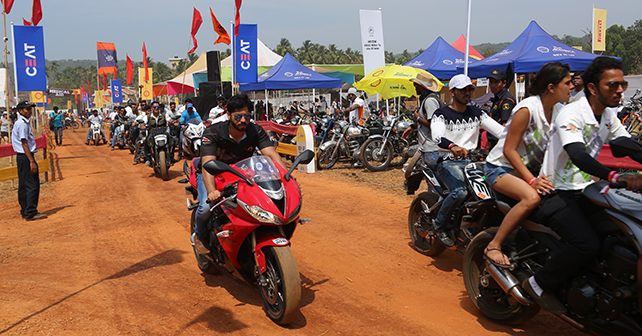 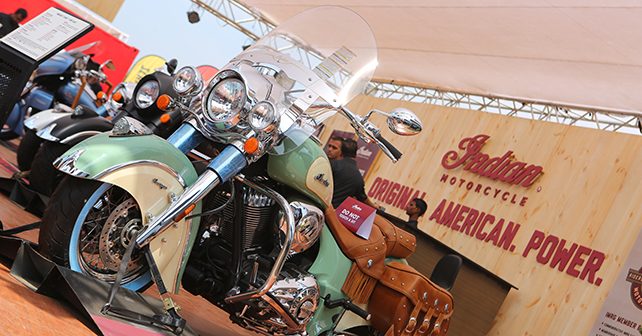 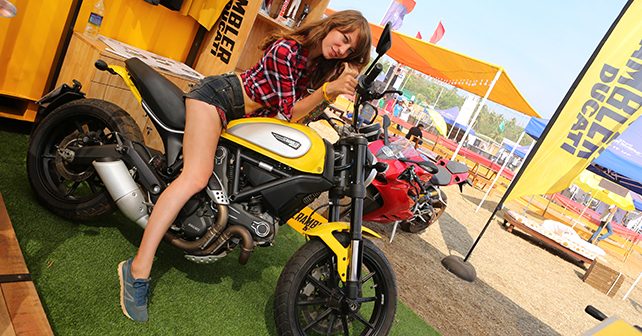 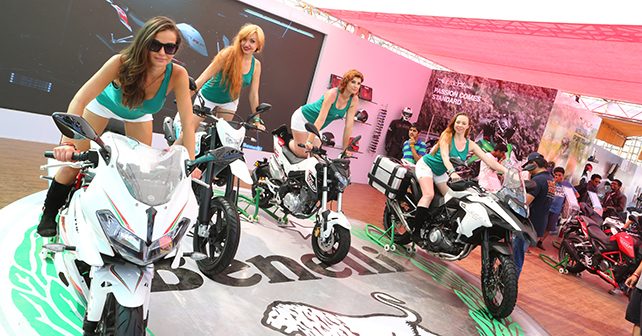 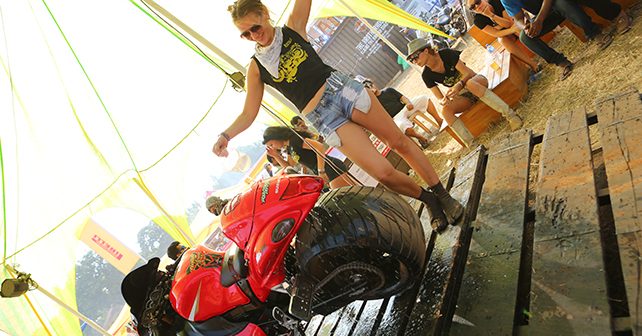 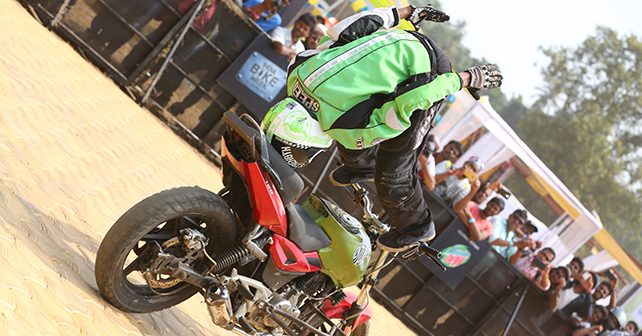 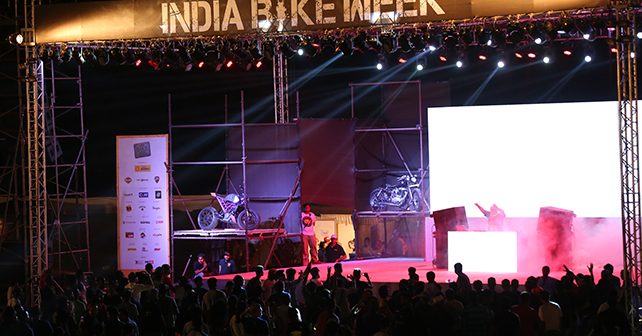 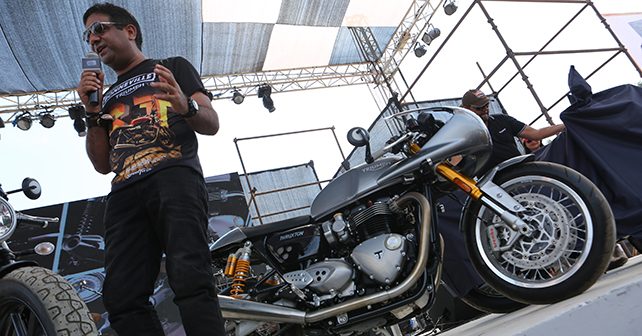 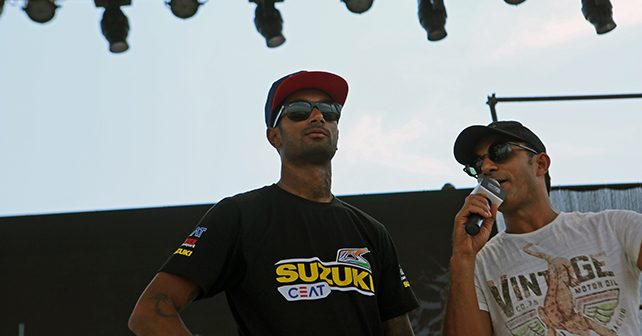 Over 250 clubs from 36 different cities rode down to Goa for Asia’s largest gathering of motorcycle riders and enthusiasts for 2 full days of engine revving, music and celebration. In excess of 12,000 bikers from across Indian and around the world made their presence at the ‘Great Migration’ at Arpora Sporting Complex, Goa

2,500 members of the HOG riders club of Harley Davidson rode down in unison to the venue to kick start the fourth annual Indian Bike Week. The HOGs were followed by the DSK Benelli riders, behind them were the RATs (Riders Association of Triumphs) on their Triumph Motorcycles.

Some of the largest motorcycle manufacturers in India had displayed their full range of motorcycles each and some even took the opportunity to unveil their new range of motorcycles to the giant crowd present at the event. Benelli unveiled the TRK 502 and the Tornado 302, Triumph made the first public unveiling of their new Bonneville range with the Street Twin, the T120 and the Thruxton R. Harley Davidson unveiled the new 1200 Custom and Ducati unveiled the brand new 959 Panigale in India for the first time at IBW and also announced the price of Rs. 14.4 lakh (ex showroom Delhi) prior to its launch in July 2016.

The event also saw many private clubs riding down on day two at the riders parade which included the Bajaj Avengers club, the Lady Riders Association, who only ride motorcycles above 650cc and many more. The venue was also littered with numerous riding activities initiated by the manufacturers like the Triumph Tiger Academy, the Harley Davidson Touring Bike Demo and Shell’s Rev-Up Zone with Dyno testing and power bikes on display. UM Motorcycles has a Tattoo artist at their pavilion. But the star of the show was Dougie Lampkin, a seven time MotoTrail Champion’s performance at the event where a course was set up of many different obstacles for the British rider to showcase some of his stunts. Indian Dakar rider CS Santosh also made his presence felt the event for Suzuki.

IBW also hosts a National Stunt Championship where 8 teams from Kerela, Goa, Bangalore and Jaipur participated, but he trio who go by the name ‘I STUNT’ from Mumbai took the crown with their impressive stunt routine. In the DIRTY20 ENDURO challenge, over 60 participants through amateur Moto Cross riders across India took part in the competition. The highlight of this activity was the 9yr old Indian motocross riding prodigy, Sarthak Chavan who featured as a special guest showcasing his talents through some quick lap-times around the track.

India Bike Week also hosted a Biker Build Off Challenge, a display of the most innovative bikes, a showcase of restored vintage bikes, a loudest bike contest, and the crowd favourite, Bikini Bike Wash.

In the previous three editions, India Bike Week was held at Vagator Beach in Goa, Martin da Costa, CEO of 70 EMG said, “This year we had to move to Arpora because Vagator just wasn’t big enough to accommodate the scale of this year’s event. We have grown for 120 riders of the first year to over 400 this year.”

Both days came to conclusion with bands like Soulmate, The Other People, SuReal and Midival Punditz as the rider then departed to their next respective destinations.