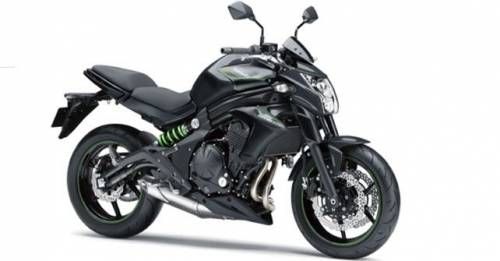 Kawasaki has given the Ninja 650 new fairing and colour combination while the ER-6n also gets new tyres.

Kawasaki in India has quietly given its Ninja 650 and ER-6n cosmetic updates to spruce them up, keeping in mind that Kawasaki tends to update colour schemes on their motorcycles. The latest colour upgrade for the Ninja 650 incorporates a dual tone coloured fairing instead of predominantly green fairing for the sports tourer. The colour theme now incorporate black and silver shades predominantly around the lower section while that trademark Kawasaki green shade is retained on the top section and head lamp cowl of the motorcycle.

No mechanical modifications have been carried out on the updated Kawasaki Ninja 650 meaning that it continues to be powered by the same 649cc, parallel twin cylinder, liquid cooled engine developing 70bhp @ 8,500 rpm and 64Nm of torque @ 7,000 rpm. The engine is mated to a six-speed gearbox.

Next up in the list of updated motorcycles from Kawasaki is the ER-6n which too gets cosmetic updates. This one in the form of an all black paint theme along with green contrast piping on the fuel tank and side fairing, the rear monoshock absorber is also finished in green. Apart from the cosmetic updates, the Kawasaki ER-6n also gets a tyre upgrade in the form of the Dunlop Sportmax D214  which is fitted also to the higher spec Kawasaki Z800 model. Meanwhile the Kawasaki Ninja 650 (which is the faired version of the Er-6n) continues to be shod with Dunlop RoadSmart II tyres.

Like its faired sibling, the Kawasaki ER-6n is also powered by the same parallel twin, 649cc liquid cooled engine like the Ninja 650, developing an identical 70bhp of max power and 64Nm of peak torque. 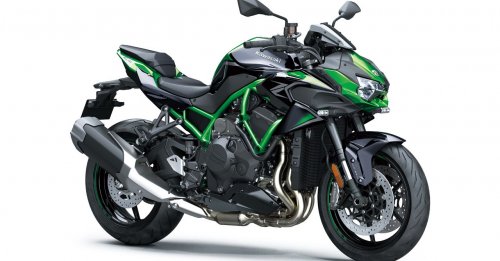