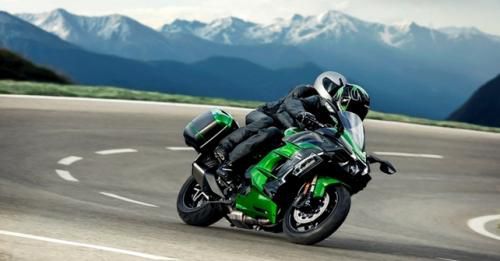 Kawasaki has supercharged the sports tourer segment with the new Ninja H2 SX.

Kawasaki had already made it clear that a third member is soon set to join its supercharged Ninja H2 family. The Japanese company has now revealed the Ninja H2 SX - the touring-friendly version of the bonkers H2.

Going by the images of the SX, it is easy to dismiss Kawasaki for giving a minor facelift to the H2, alongside the addition of panniers - and calling it a sports tourer. But hold on, the changes made to the SX are much more extensive than what you might think.

Compared to the supersport H2, the SX sports a thoroughly revised chassis to better support a passenger and the accessory panniers. The 998cc, 4-cylinder, supercharged engine too has undergone modifications to make the power delivery less intimidating - and the torque more accessible. The supercharger impeller and intake system have been redesigned, while components like the pistons, cylinder head, crankshaft, and camshafts are new. Furthermore, the gear ratios are revised and the exhaust system different as well. The resultant power and torque figures of the SX stand at 200bhp and 137Nm, respectively.

The electronic suspension introduced on the H2 and H2R have been given a miss on the SX, however, both the standard 43mm inverted fork and the KYB monoshock are fully adjustable. The shock also sports a revised linkage for better feedback when the motorcycle is fully loaded in touring conditions. 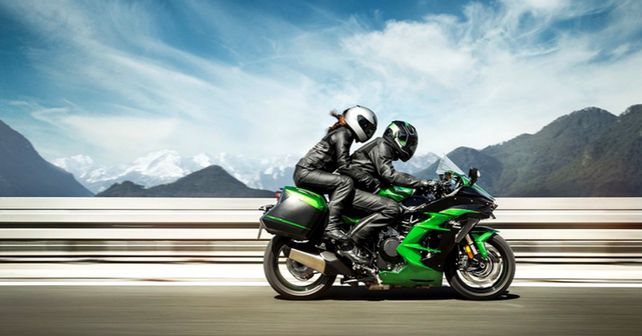 Aesthetically, the SX borrows a lot of its aggressive design from the H2, but with essential alterations to announce that it is the less mental version. The fairing of the SX is comparatively rounder, slightly larger and features an all-important taller windscreen. Ergonomically, the SX’s riding posture has been altered to make it less spine jarring, and the seat is now more cushioned for better touring comfort.

The Kawasaki Ninja H2 SX will be made available in two trims - base and SE. The latter will be offered with additional equipment like a better windscreen, progressive cornering lights, more feature-rich instrument cluster, and more colours to choose from. The motorcycle will arrive in showrooms globally in the first quarter of 2018.