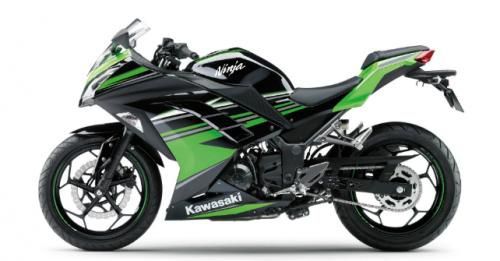 Since the time Kawasaki introduced the Ninja 300 in 2013, the motorcycle hasn’t quite received an update. Just last month, Kawasaki announced the return of a few models in the United States. Interestingly the ZX-10RR and the Ninja 300 weren’t part of the plan. The former is the base for Kawasaki’s World Superbike Championship endeavour which somewhat assures the unveiling of an updated model later this year. There was, however, no mention of the Ninja 300 as part of the plan. While it had most of us wondering about the future of the entry-level performance machine, a replacement in the form of the Ninja 400 was recently spotted during a commercial shoot.

Now for the big question – will the Kawasaki Ninja 400 make its way to India? Although with the updated engine, the Ninja 400 will be right in line to compete against the KTM RC390, it seems unlikely that it will come to our shores. With a price tag of Rs 3.60 lakh (ex-showroom), Kawasaki is already struggling to sell the Ninja 300 here in India – and the new Ninja 400 is sure to demand a premium. At that price point, the Ninja 400 may not be a great value for money proposition especially considering that they sell the Z650 and Ninja 650 in India at Rs 5.26 lakh and Rs 5.77 lakh respectively (all prices ex-showroom). So, will Kawasaki pull out from the entry-level performance bike segment in India? We can only wait and watch to find the answer to that question, but rumour has it that they might just bring in an all-new Ninja 250 for markets like South-East Asia and India – considering the price-sensitive Indian market, it might just be a very interesting move.