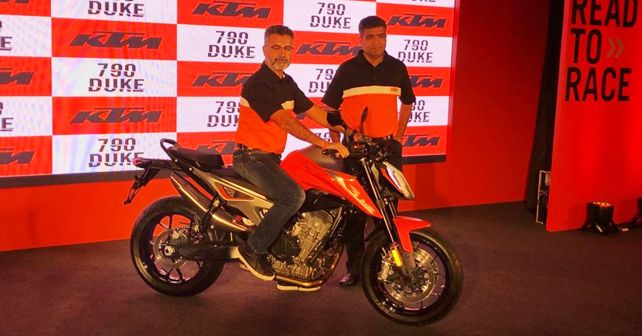 The KTM 790 Duke becomes the Austrian marque's most powerful model on sale in India; will hold its own against some mighty competitors like the Triumph Street Triple, Ducati Monster 821, Kawasaki Z900 & the Suzuki GSX-S750.

We have been hearing rumours of the KTM 790 Duke’s India launch since December last year, but it is now finally here. The Austrian bike maker has brought the 790 Duke to India at ₹ 8.64 lakh (ex-showroom). Bookings for the bike are open across select dealerships in 9 cities in India (Bengaluru, Mumbai, Pune, Hyderabad, Surat, Delhi, Kolkata, Chennai & Guwahati). The deliveries will also begin immediately.

The 790 Duke now takes the crown of being the most powerful KTM to be offered in India. Powered by a 799cc parallel-twin motor, the 790 Duke makes 105bhp & 86Nm. The 6-speed transmission it comes paired with gets slip assist and a quick shifter. Other electronic aids include cornering ABS, traction control, wheelie control, and more. For those who love to have some sideways fun, the 790 Duke also gets a Supermoto mode. Track-day junkies can switch to a dedicated track mode as well. 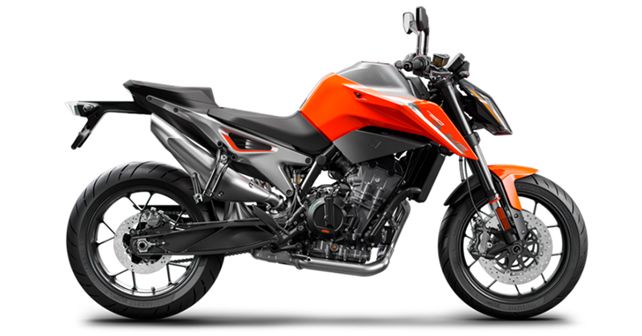 In terms of design, the 790 looks as you’d expect a Duke to look. It has a sharp overall design, featuring the split headlamp and tank extensions that have become signature on all new Duke models.

KTM has brought the Duke to India via the CKD route. Priced at ₹ 8.64 lakh, it is about ₹ 55,000 cheaper than the Triumph Street Triple. So, not only is the 790 Duke priced very competitively but KTM India, in partnership with Bajaj Auto Finance Ltd., has also announced an attractive ownership plan for it. Those who plan to opt for it will have to pay ₹ 1.70 lakh as the down payment and can pay the rest of the amount via EMIs of ₹ 19,000 (at an interest rate of 7.75%). The ownership plan also covers the registration & insurance costs.

After the 790 Duke, expect KTM India to strengthen its 200-390cc portfolio. Meanwhile, work has also started on adapting the 200 Duke for India.