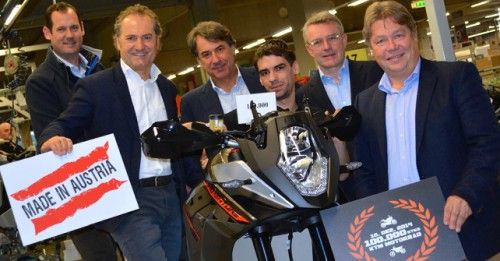 At 9 a.m. on Tuesday, KTM broke its personal production record by manufacturing its 1,00,000 motorcycle in one year. This feat was achieved at KTM’s main factory in Mattighofen. According to the Austrian firm, the 1,00,000th motorcycle to roll off the assembly line was a 2015 1190 Adventure.

This is also an achievement for KTM as it has been doing very well not only in the Indian sub-continent (because of its Indian connection with Bajaj, but also in Europe). This connection with Bajaj helps KTM to not only make and sell motorcycles in India but also export making it a very good financial proposition. This is also the first time KTM, which is also the highest volume producing European motorcycle company from last two years, has achieved this milestone.

On the occasion KTM said, “Since 1999, when the production was started, more than 1.2 million vehicles, manufactured according to the “READY TO RACE” philosophy, have left the Mattighofen based factory!” 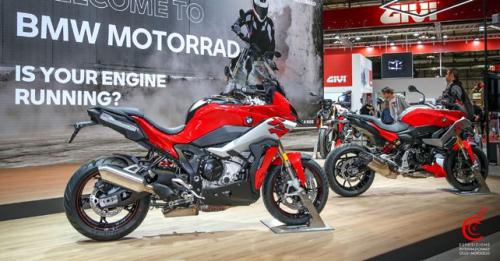