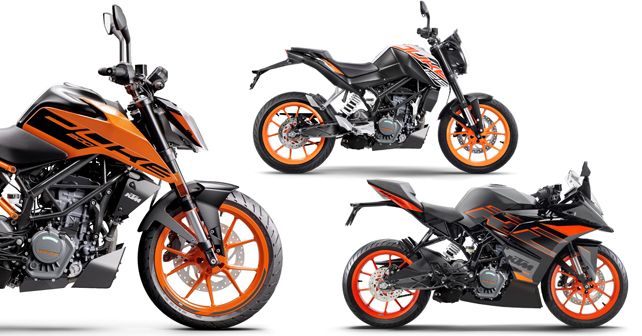 The shift to BS-VI hasn’t made much of a difference to the power and torque outputs of all motorcycles. But unlike other KTM motorcycles, the 200 Duke gets a proper update with a lighter chassis, new design, and revised ergonomics.

Little over a week after the launch of the much-awaited 390 Adventure, KTM has now introduced its BS-VI line-up. Unlike other manufacturers that are gradually updating their products, KTM has updated all of them together. But the limelight was stolen by the 200 Duke, which along with the BS-VI update also features some other major changes.

The new 200 Duke has been priced at Rs 1.73 lakh, which is an increase of Rs 10,496 over the outgoing model. For the additional money, the 200 Duke comes with a lot of changes. In terms of design, the 200 Duke gets its inspiration from the Super Duke R and now also shares its silhouette with the 250 Duke and the 390 Duke. Aside from the cosmetic changes, the 2020 model also gets a lighter trellis frame with a bolt-on sub-frame. Other changes include a larger 13.5-litre fuel tank and dual-channel ABS. At the heart, the 200 Duke uses the same 199.5cc single-cylinder fuel-injected motor that pushes out 24.6bhp and 19.3Nm.

Other motorcycles wearing the KTM badge haven’t received as many changes as the 200 Duke. The only change that the 125 Duke and the RC125 have received is the exhaust, which now meets the BS-VI emission norms. The naked 125, however, does get a revised belly pan too. Power and torque ratings of both these motorcycles remain the same at 14.3bhp and 12Nm.

BS-VI iterations of the RC200 and the 250 Duke have also been launched. The only change to both these motorcycles is the refreshed graphics. Visually and mechanically, both these motorcycles continue to be the same. Both motorcycles are equipped with dual-channel ABS with the naked offering also getting a Supermoto mode. The case is similar with the RC390 too. Mechanically, the RC390, too, remains unchanged. It does, however, get a new paint scheme with black alloy wheels and graphics and a contrasting orange trellis frame. The 2020 390 Duke gets a bi-directional quickshifter, something that the RC390 misses out on. That being said, there is a new RC390 in the works, and it is likely to get all the new features from its naked sibling, and then some.

Bookings for all of these motorcycles have already commenced, and deliveries are expected to start in a few weeks’ time. Check out the updated prices of the BS-VI compliant KTMs and how they compare with the outgoing models.