KTM RC 125 teased ahead of launch 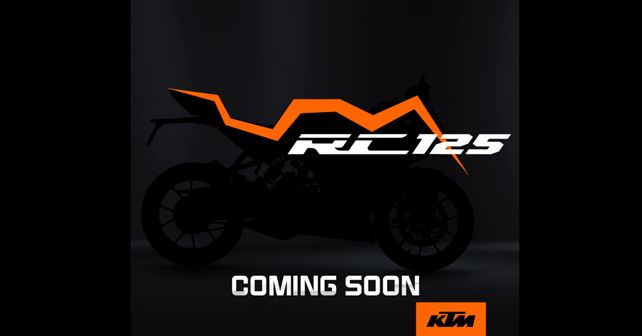 With a good response garnered by the 125 Duke, KTM is willing to bet big on its fully-faired version as well, the RC 125.

After launching the 125 Duke last year, KTM is now gearing up for the launch of the next instalment in its 125 line-up. Well, no surprises here. It is the RC 125 and as shown in the teaser image above, we can expect it to arrive on our shores very soon. In fact, some reports suggest that the launch is likely to take place by the end of June 2019 and the first round of deliveries is likely to begin in the first week of July. However, the dates are yet to be confirmed officially.

Coming to the bike itself, it's a straight-forward, full-faired version of the 125 Duke, meaning that both bikes will be underpinned by the same chassis, suspension setup and will also share the same heart. The motor in question here is KTM's 124.7cc liquid-cooled DOHC unit which develops 14.3bhp and 12Nm of torque. Talking of shared mechanical bits, the brake setup is also likely to be carried over from the 125 Duke, which means the KTM RC 125 will get a 300mm disc at the front and a 230mm disc at the rear, with single-channel ABS.

The RC 125 will also borrow heavily from its elder fully-faired sibling, the RC 200, in terms of overall look, bodywork & appeal. But, due to this very similarity, KTM is expected to offer the RC 125 in India with some new colour combinations & options in order to differentiate it from the RC 200. 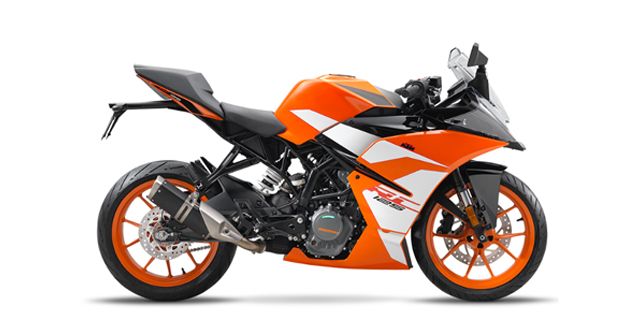 While the RC 125 is already sold in select international markets, the version coming to India is likely to differ in some areas. For example, a closer look at the teaser images gives away the fact that the India-spec RC 125 will get an underslung exhaust (like the RC 200 & RC 390) whereas the international-spec model gets a conventional, side-mounted exhaust.

While KTM does not have a strict 150cc segment in its model line-up here, the RC 125 is the closest model to compete with the 150cc fully-faired motorcycles in India. So, expect the baby RC to lock horns with the likes of the Yamaha R15 V3.0 and in terms of pricing, the RC 125 will sit between the 125 Duke and the RC 200. What's interesting here is how competitively KTM will price the RC 125 against its competitors. Watch this space for more updates...