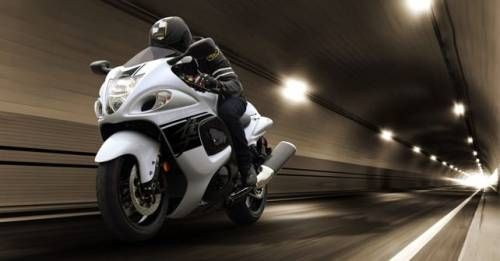 You might recall that Suzuki two-wheeler commenced the production of the Hayabusa in India in March 2016. Now, the firm has introduced new 2017 colour options on the motorcycle. Since it’s imported into the country as a CKD, the locally assembled motorcycle is priced at an impressive Rs 13.88 lakh (ex-showroom, Delhi).

Ever since the company started manufacturing the motorcycle locally, the demand for the Hayabusa has risen significantly, claims the manufacturer. In fact, if Suzuki is to be believed, the sales of the iconic sports-tourer have gone up by a full 100 per cent between March and October 2016. The company is also working on reducing the delivery time.

Now in order to keep the motorcycle up to date with the global model, Suzuki has launched the Hayabusa with latest 2017 colour and graphics schemes. The new colour palette includes three new combinations, namely - Glass Sparkle Black/Pearl Glacier White, Pearl Vigor Blue/Glass Sparkle Black and Glass Sparkle Black. On the mechanical front, no changes have been made to the motorcycle. This means it comes by a liquid cooled 1,340cc, four-cylinder engine that churns out in excess of 190bhp.

Since its global launch in 1999, the Hayabusa has earned the cult status of being one of the fastest motorcycles in the world. And given how steadily it’s been performing on the sales front, it’s also one of the most successful motorcycles around the world.