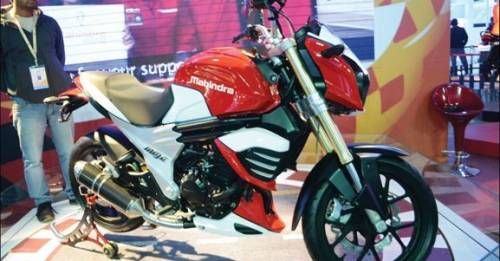 After years of waiting, Mahindra is somewhat ready with a near production model of the much awaited motorcycle which means the launch is quite imminent.

Somewhere in the month of September 2014, while returning to Leh from Khardung La, I spotted two production ready models of the Mahindra Mojo. Those two machines were being tested there, which made me believe that it would be launched in the weeks to come, but that never happened.

The bike I saw looked neat with two headlamp units. The guys riding the bikes didn’t say much about the dates, but did say that it had a 300cc, single cylinder engine with 1-2 exhaust system. The bike looked very rugged with two exhausts on both the sides, and one of the guys had said that it will produce over 35bhp of power making it a great and able competition to the KTM Duke 390.

According to the latest set of rumours, the firm will finally reveal the details of its production bike by the end of August. Now it’s just about time before we know if Mahindra is again going to disappoint the bike enthusiasts of India or keep the flame alive.