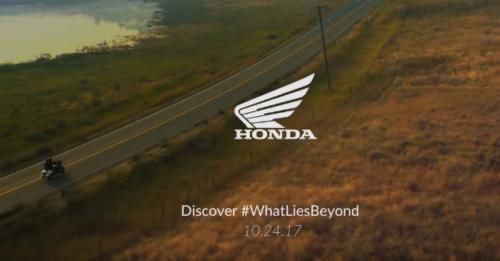 Expected to be unveiled at the 2017 Tokyo Motor Show, details of this mysterious motorcycle are scarce as of now. Will it be the new Honda Goldwing?

Honda seems to be getting ready to unveil a new motorcycle at the Tokyo Motor Show this year. A recent teaser commercial from the company reveals the introduction of a new offering on 24th October. The teaser that the company has released on their official channels shows different Honda models being ridden on the highway right from the CrossTourer to the current Goldwing. While this leaves a lot to guess work, the tagline that the video flaunts towards the end ‘Discover What Lies Beyond’ hints that the motorcycle in question could possibly be a highway cruiser.

It has been a while since the Honda Goldwing has received an update. Rumours of the new Goldwing or GL 1800 as it is sometimes called, making its debut at EICMA 2017 have been making their rounds on the internet for a while. The new iteration of the popular tourer is expected to come with an all-new powerplant mated to Honda’s automatic dual clutch transmission (DCT). The new Goldwing will set new benchmarks in terms of features on offer. From a semi-active suspension, engine modes to cornering ABS, it will come loaded with features. While the engine is also anticipated to be an all-new one, what remains to be seen is whether Honda continues with the straight-six layout or introduces a four-cylinder hybrid motor. Irrespective of which motor the new Honda Goldwing comes with, it will have to meet the stringent Euro 5 emission norms.

While details of the motorcycles are still unclear, more information will surface when the bike is officially unveiled on 24th October at the Tokyo Motor Show. 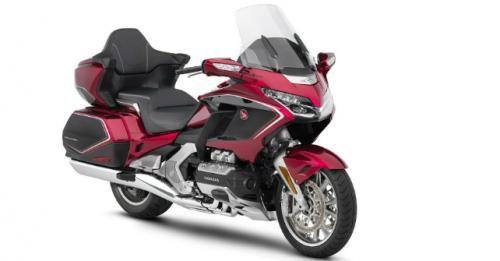