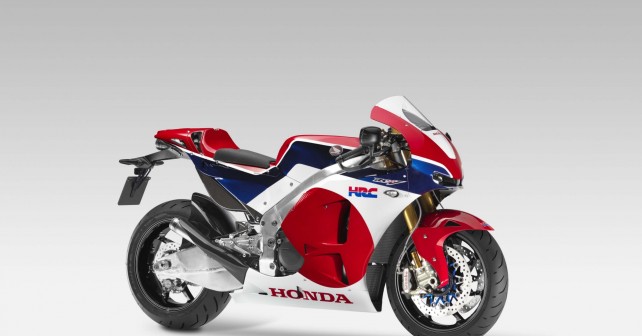 The Japanese motorcycle manufacturer and the current MotoGP winner, has decided to start the production of Honda RC213V-S – the street version of its MotoGP machine.

How often have we dreamt of riding a MotoGP machine, thinking over and over again in our heads, “How much more unforgiving they must be than the usual speed demons that we see on roads?” Well, Honda has decided to bridge the gap between dreams and reality. The motorcycle manufacturing wing of the Japanese giant announced that it is going ahead with the production of the street version of its MotoGP machine soon.

The prototype of the 1,000cc V4 that was showcased for the first time at the EICMA in Milan will see the light of the day soon and will also have similar specs and some of the components as the title winner RC213V.

In a press release, Honda said, “Developed by Honda Racing Corporation (HRC) and Honda Motor, the RC213V-S is a road going prototype of the awesome championship winning MotoGP RC213V machine. Inspired by, and developed with input from many legendary GP riders, the RC213V-S Prototype is set to be the ultimate road going motorcycle.”

According to a Japanese paper, the motorcycle will be priced at 20 million Japanese Yen which boils down to almost $1,70,000 and £1,12,000 and will be made available before the year ends. Nothing was reported on the specifications and other technical aspects, but we assume that this bike will be the closest you can get to ride a MotoGP motorcycle.