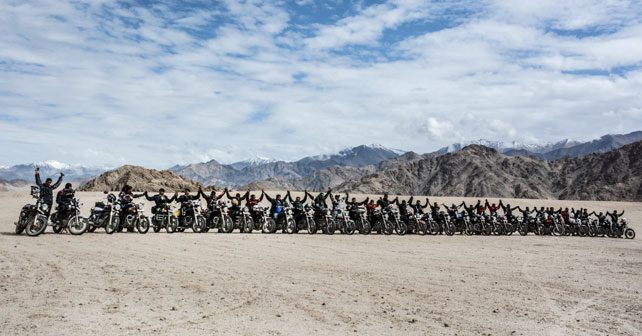 Royal Enfield Himalayan Odyssey - Women edition will be covering 2,200kms, starting from Delhi to all the way up to Khardung-La.

The maiden edition of Himalayan Odyssey Women is powered by a group called STRE – short for She Travels on a Royal Enfield. It is basically a community of women motorcyclists who ride these thumpers across the globe. Apart from the participants, the support team will also comprise all the women including service staff, technicians, doctors and crew.

Both men and women participants will be flagged off from Delhi together on the 9th of July, although both the groups will be taking separate route before concluding the ride at Leh, Ladakh. Among some of the terrains which the group will covering include Narkanda, Sarchu, Jispa and Leh and Khardung-La.