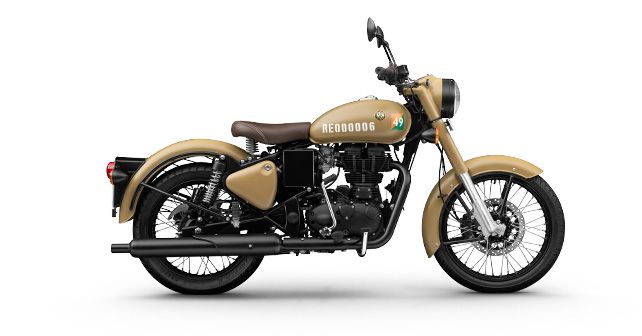 Royal Enfield has launched a new edition of its popular Classic 350 motorcycle in India. Dubbed the Signals 350 Edition, the new version is available in two colour options – Stormrider Sand and Airborne Blue – and is priced at Rs 1.62 lakh (ex-showroom, Pune). More importantly than anything though, the Signals Edition introduce dual-channel ABS in the Classic 350.

According to Royal Enfield, the Signals Edition pays to tribute to the Indian Army and celebrates the brand’s association with the country’s armed forces. The Stormrider Sand variant, for instance, is inspired by the border terrains and desert outposts, while the Airborne Blue is clearly inspired by the ‘guardians of our skies’. Other than the unique colour scheme, each of the Signals Edition bikes will come with a unique number stenciled on the tank. In addition to this, the engine, headlamp, silencer, and wheels are blacked-out. Customers will also have an option to choose from over 40 accessories, which will include a windscreen, side panniers, saddlebags, helmets, et al. 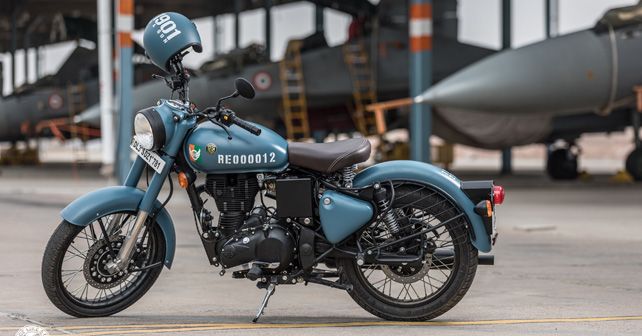 Mechanically, the Signals Edition is identical to the regular Classic 350, meaning it comes powered by the same 346cc single-cylinder carburetted engine that churns out 19.8bhp and 28Nm of thumping torque. Power transmission duties are carried out by a five-speed gearbox.

At the launch of the Signals Edition, Royal Enfield also confirmed that the rest of the models will eventually get ABS, starting from as early as next month.