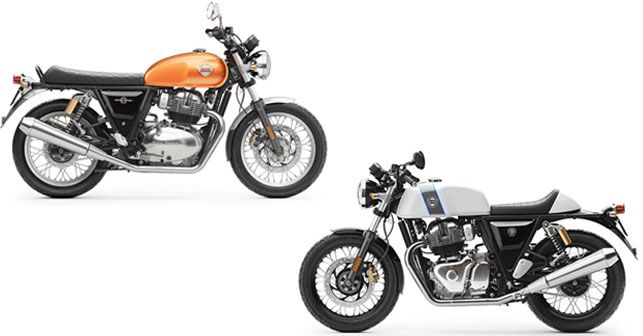 For the last couple of years, we have witnessed a lot of traction in the mid-capacity segment and its safe to say that it’s one of the most versatile ranges in the two-wheelers market. It virtually offers all types of motorcycles like cruisers, adventure tourers, naked and even retro street bikes. Speaking of the latter, Royal Enfield is all set to launch the most awaited bikes of the year -- the Continental GT 650 and the Interceptor 650. Even though we have already ridden them in California and have revealed everything there is to these bikes except for the price, which Royal Enfield has kept it close to their chest, we take a closer look what other options are available in the market. Honestly speaking, apart from similar engine specifications, no other bike in the mid-capacity segment will be able to match up to the price of the Royal Enfield 650 twins, but there are two bikes that do come close -- the Harley-Davidson Street 750 and the Kawasaki Z650. As mentioned earlier, Royal Enfield hasn’t revealed the prices but it is believed that these two bikes will be available from Rs 3.5 lakhs to just under the Rs 4 lakh mark, ex-showroom prices, of course. Let’s take a look at how the RE twins’ fair against the H-D and Kawasaki. 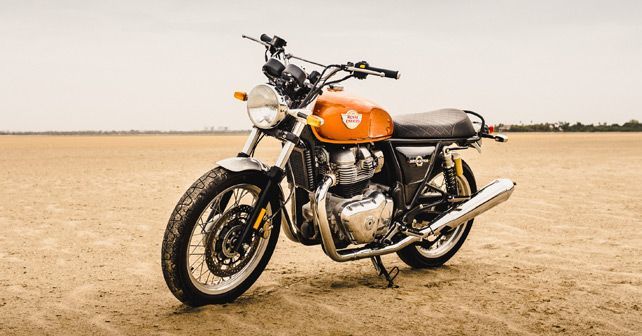 Keeping in mind that all the four bikes -- Continental GT 650, the Interceptor 650, the Street 750 and the Z650 are street bikes, their design remains clean and uncomplicated. Also all them are powered by a parallel-twin. But that’s where everything changes as both the Kawasaki and H-D are liquid cooled, while the Royal Enfields are air-oil cooled parallel twins. 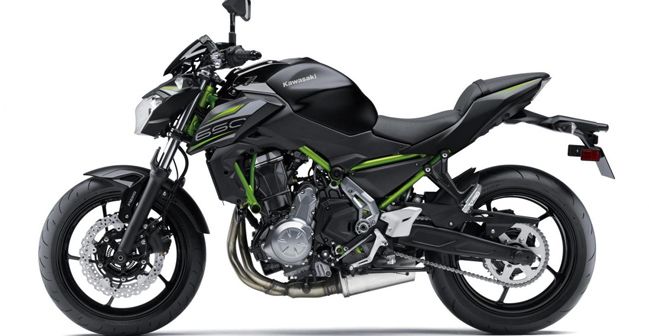 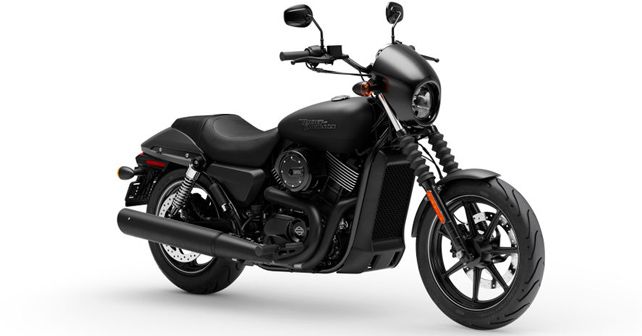 If we take a closer look at the compression ratio of these three engines, this will reveal the true nature of the motors. The Royal Enfield’s 648cc uses a compression ratio of 9:5:1, which basically means that it’s a calm and composed motor which offers a broad spread of torque across the revs. It’s an easy rider that's not supposed to intimidate anyone. Things are slightly different when it comes to the Z650 and Street 750 as they have a compressed ratio of 10:8:1 and 11:0:1, respectively, which is more performance oriented than being just laid-back riders. 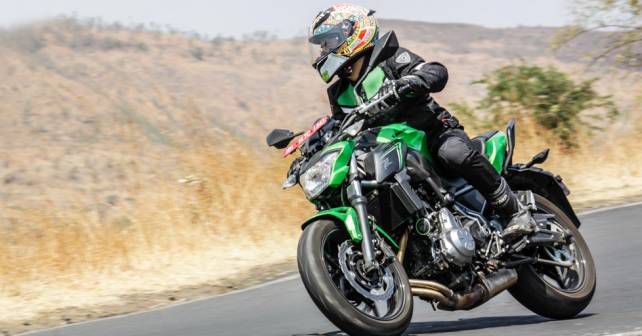 This segment is quite a unique one as these motorcycles are expected to be a Jack of all trades, meaning they need to be user-friendly in city traffic while at the same time comfortable and powerful enough for highway cruising.

Let’s start with the Z650. It has almost everything that the Ninja 650 offers, but minus the fairings making the naked bike lighter in weight and giving a better power to weight ratio. It weighs only 190kgs, making it the lightest among these bikes. With its nimble handling characteristics, the Z650 is extremely agile and flickable, which is boon when it comes to avoiding traffic snarls. The 649cc has a very strong low and mid-range power band, making it fun to ride in both city and highway conditions. Among the four bikes, the Z650 is the only one that can even set a race track on fire. That’s how versatile the Kawasaki is. Also, it is very practical as it comes with a soft suspension set up and easily soaks up the dumps on the roads, but there is a bit of a concern over its low ground clearance of 130mm. A word of caution, go slowly over our skyscraper speed breakers. 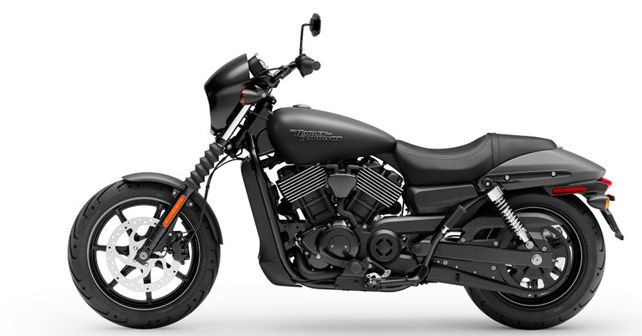 Street 750 is aimed at urban riders and comes with a tinge of cruiser DNA as it offers a relaxed straight back posture with the footpegs placed slighted further up, making it ideal for highway cruising as well as city riding. Twist the throttle and the 749cc responds with a solid punch and continues to pull away effortlessly as the revs keeping climbing up. The mid-range power is where the Street 750 is most comfortable. What is more impressive is that it offers confidence-inspiring handling traits. It has the lowest seat height at 720mm as compared to the Z650 and the RE 650 duo at 790mm and 804mm respectively. Therefore, for riders over 6 feet in height, it might get cramped on long rides. What one needs to keep in mind is that the engine heats up and can be a challenge riding it during the summer in the city. 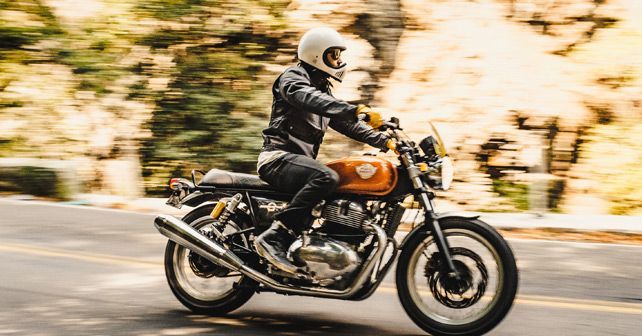 Now coming to the Royal Enfield 650 twins. Starting with the carefree and laid-back styled Interceptor 650, it’s a proper modern retro street bike with a cushiony quilted switched seat. The ergonomics of the bike is all about comfort. The Continental GT, on the other hand, was a huge style icon of its time, and even today, customers around the world still lust for this beautiful motorcycle style. Being a Café Racer, its riding stance is a lot more aggressive than the Interceptor.

The steering setup, in both the bikes, makes the front-end of the bike feel very loose and light. The bike handles very well and behaves well on fast turns, but it doesn’t feel very well planted at the front. The Pirelli tyres are nice, but I do think a wider rear tyre could have been better. The suspension setup also feels a bit soft, and at high speeds, it can get a little bumpy. The bike weighs just under 200 kilograms, but it still handles well. It’s not very flickable, and when you hit twisty sections of a road, it does require some effort while changing directions. 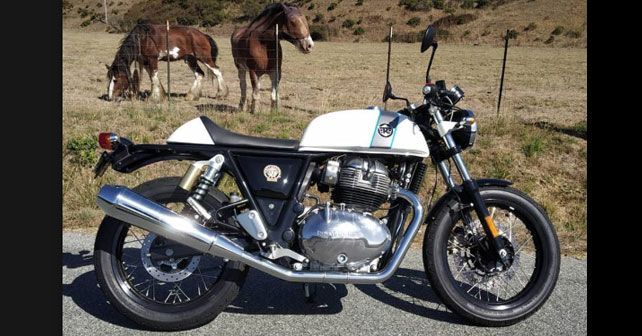 The 648cc engine is a simple parallel twin that feels very well refined and very smooth. Without even realizing it, we managed to reach the three-figure at a quick pace. The bike pulls forward quite fast, thanks to the 52Nm of torque. Acceleration is not blistering fast, but the bike does feel light on its feet. On the highway, the bike feels very calm and composed, without any vibrations or rattling anywhere. The ride quality is very impressive, to say the least.

For all brand conscious riders, there is no bigger badge than Harley-Davidson that will manage to draw a lot of attention towards you. Priced at Rs 6.39 lakhs (on-road New Delhi), it is the cheapest H-D one can buy that offers impressive power and takes on corners without a sweat. But when you look at the new Z650, which is priced at Rs 5.74 lakhs (On-road New Delhi) and at the same time how easily it tames city traffic, effortlessly cruises on the highway without sacrificing on comfort, along with, of course, Japanese reliability, it may not be so far from the truth that the Kawasaki is the best value for money mid-segment bike in the market at the moment. On the hindsight, it may not stand out in the crowd due to its simple and minimalistic design.

Now coming to the Continental GT 650 and the Interceptor 650, Royal Enfield motorcycles are a completely different kettle of fish. They enjoy a cult status like no other brand and have loyalists, who will opt for these bikes, more so the Interceptor, without thinking twice. And not to forget, with aggressive pricing, even non-RE owners will be tempted to opt for these bikes, which offer style, much-improved build quality without any vibrations and rattle. It sounds like Royal Enfield has a winner, sorry winners, in their hands which could possibly change the entire mid-capacity motorcycle segment. 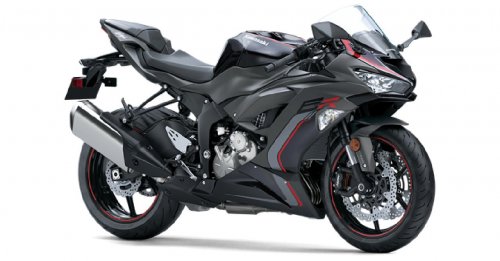 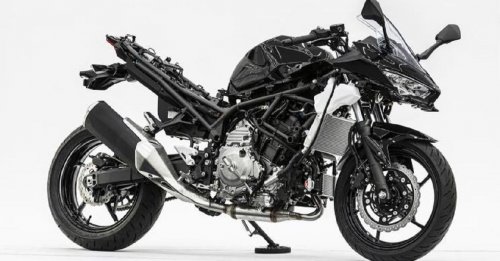