Royal Enfield Himalayan production to be ramped up 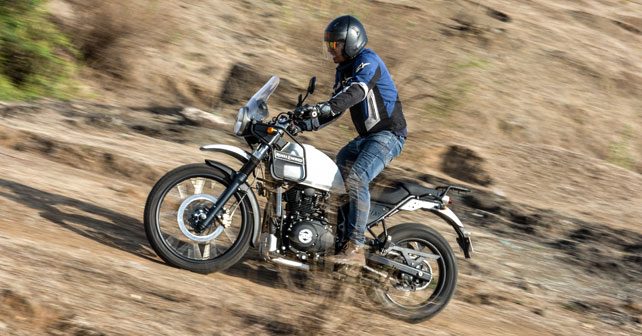 Royal Enfield reports that it has been selling over 1,000 units of the Himalayan on a monthly basis and is now looking to scale up production.

Royal Enfield has announced that its Himalayan adventure touring motorcycle has clocked over 1,000 units sales on a monthly basis, thereby meeting with considerable success in the eyes of the company. Instigated by the success of the Himalayan, Royal Enfield is now looking to ramp up production of the motorcycle to meet demand. Although, it has not been revealed at this point of time about by how much production of the Himalayan will be increased.

“Himalayan has had very good reception and we are delighted with the progress of this young bike in our portfolio. As we have just completed pan-India roll-out, we are ramping up the production at our Oragadam factory, where the bike is produced,” Siddhartha Lal, Managing Director and CEO, Eicher Motors, said in an interaction with media persons at the company’s new factory at Oragadam, near Chennai.

“Himalayan has attracted existing customers who wished to upgrade, and new buyers who were keen on Royal Enfield but were not interested in existing products. So, a new set of buyers are coming into our fold now,” he added.

As its name suggests, the Himalayan was developed and built to not just be capable as an off-road motorcycle but also appeal to the adventurous side of motorcyclists. And considering how popular the evergreen Royal Enfield Bullet is amongst bikers for touring across the country, it was only a matter of time before the Himalayan too caught on.