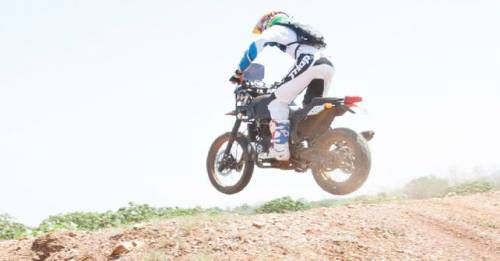 Following a select test ride, the new Royal Enfield Himalayan is expected to be launched in mid March

In early February Royal Enfield officially unveiled its upcoming Himalayan just ahead of the 2016 Auto Expo. At the time technical details of the bike were revealed and everyone got a chance to get up close and personal with the motorcycle. However the launch of the bike was not confirmed. Royal Enfield is organizing a select test ride event for the motorcycle in an apt manner in the Himalayas in the second week of March. Following which it is expected that the Himalayan will be launched soon by mid March in the country. The adventure touring motorcycle is expected to be priced at around Rs. 1.8 lakh ex-showroom. At this price, the Himalayan will have no direct competition in the market.

The new purpose built tourer from Royal Enfield comes at a good time when adventure motorcycling has picked up well in India and will cater to the needs of riders across the country who enjoy going on long distance rides. And given the off-road capability of the Himalayan, riders will truly be able to go anywhere.

Royal Enfield’s Himalayan is powered by a 411cc single cylinder engine developing 24.5bhp of max power @ 6,500rpm and delivers 32Nm of peak-torque between 4,000 – 4,500 rpm. The unit is air cooled with an oil cooler and comes mated to a five-speed manual transmission.