Royal Enfield Himalayan to get a new camouflage colour option 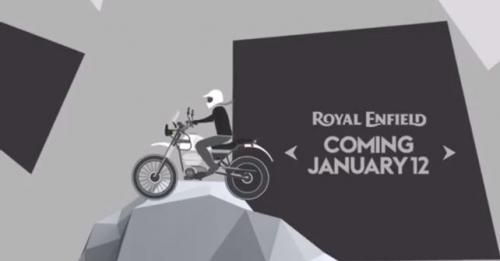 Royal Enfield will launch a new camouflage colour option for the Himalayan on January 12.

Now Royal Enfield has released teaser videos on social media with the message that they will launch a new camouflage colour option on January 12.

The Himalayan sports a bare basic, minimalistic style that makes the bike lighter and tougher, prioritising function over form. The engine churns out 24.4bhp and 32Nm of torque and is mated to a 5-speed transmission. For off-road riding, the Himalayan comes equipped with long-travel suspension at the front and the rear and is bolted to 21-inch front and 18-inch rear spoke wheels. A new colour choice will be offered for the bike, and the price will most likely remain similar to the standard bike.