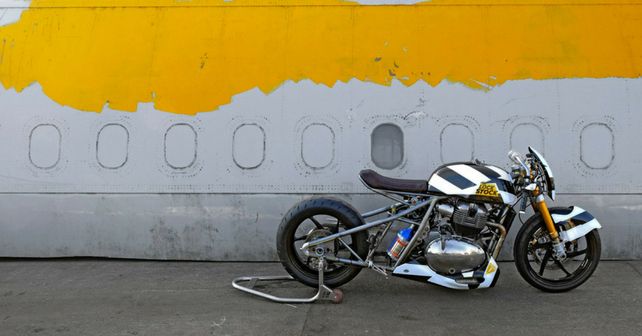 Three snazzy new custom bikes based on the upcoming Royal Enfield 650 twins have been revealed in France.

Royal Enfield has unveiled three of its latest custom build motorcycles developed for the very first time on its yet to be launched twin-cylinder platform, at the seventh edition of Wheels and Waves.

In its fourth year at the festival, Royal Enfield unveiled three of its custom renditions - Lock Stock, Rohini, and Interceptor. These have been developed on the recently introduced twin motorcycles - Interceptor INT 650 and the Continental GT 650, powered by Royal Enfield’s first modern day 650 twin engines.

Lock Stock (above) is the first custom motorcycle by Royal Enfield in many years to have ‘two smoking barrels,’ designed and developed to explore the extreme possibilities of the new twin platform. The bespoke brazed steel drag racing frame has been made in partnership with Harris Performance. Then, USA’s S&S Cycles, were brought in to upgrade the 650cc engine into a 865cc engine with a nitrous injection. Its ‘Dazzle Camo’ paint is claimed to poke fun at the tradition of motorcycle manufacturers camouflaging their prototypes. 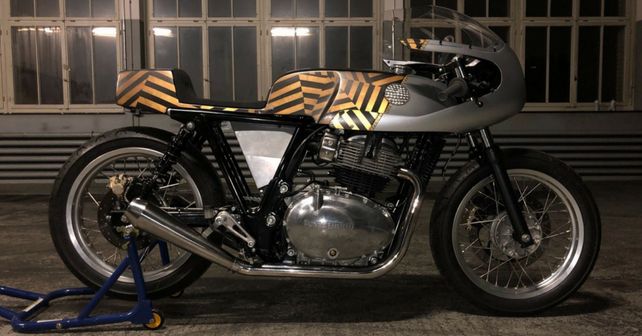 Young Guns Customs’ Rohini (above) is inspired by their interpretation of Royal Enfield, its existing brand image and, in a creative twist, an inspiration from India’s space program and it’s Rohini satellites. The build was conceptualised and designed to add a youthful desirability to the British nostalgia. The concept is pure cafe racer, referencing the iconic Rickman's fairing.

Old Empire Motorcycles decided to strip the Interceptor 650 to its core - getting rid of everything that wasn't completely necessary and hiding the essentials. A deep metallic red paint job has been matched to an Oxblood leather and Alcantara seat. It has a lowered stance and blacked motor and integrated bars, hiding all wires and cables with internalized controls.  As an ode to the modern technology, the build no longer has a stock lock barrel and key, instead integrates a keyless ignition into matching riding gloves. 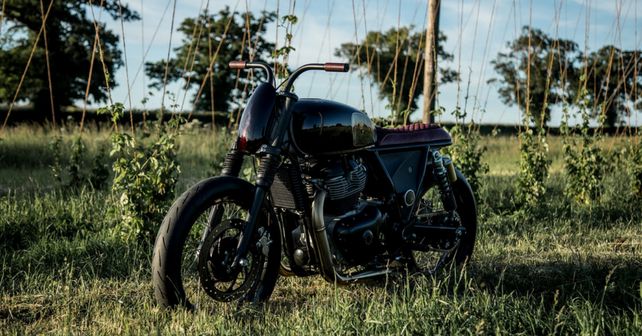 Wheels and Waves is Europe's landmark surfing and motorcycling festival, held every year in the city of Biarritz, France, bringing together the multifaceted world of motorcycles with surf & skate culture, through a philosophy of music and style in a vintage theme. The festival celebrates not only the machines, but the entire culture and lifestyle associated with riding and surfing.