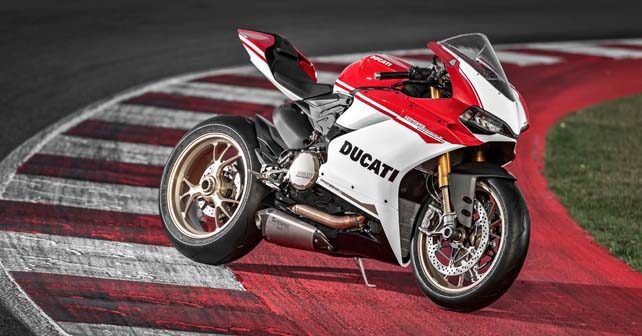 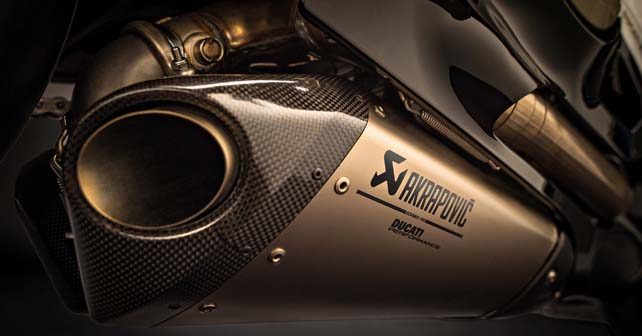 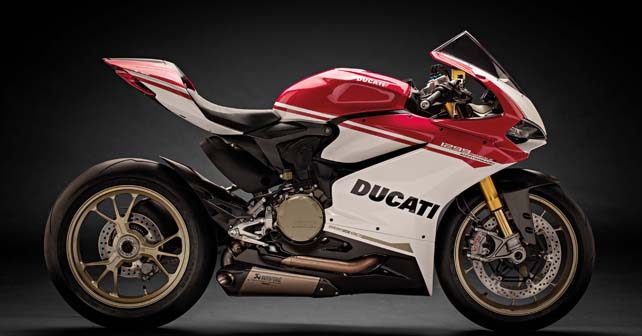 Meet the Ducati 1299 Panigale S Anniversario – a limited edition superbike that marks Ducati’s 90th Anniversary. Wraps came off the S Anniversario at the 2016 World Ducati Week, held this weekend between July 1 and 3.

There’s no denying the fact that the S Anniversario looks absolutely stunning in its special livery. Among some of the main visual attractions of the motorcycle are special gold-coloured forged aluminum Marchesini wheels, gold-hued titanium Akrapovic exhaust, and limited edition laser-etched engraving.  But what’s more interesting to know here is that the updates are not just limited to cosmetic stuff. The Panigale S Anniversario gets a raft of new rider aids as well – some are infact first for any Ducati production model so far.

Ducati has introduced a new Evo version of Ducati Traction Control (DTC) and Ducati Wheelie Control (DWC) systems with the motorcycle. While the new feature adds various rider aids, one particular aspect that stands out about it is the Slide Control. This mode allows the rider the freedom to drift the rear wheel around a corner while leaned over, although also gauging optimal control of wheelspin at the same time. The DTC does that by controlling the throttle bodies (wasn't there before), allowing for more refined and crisper engine power modulation.

In addition to that, the motorcycle gets a top triple clamp and steering head inserts along with a lithium ion battery and carbon fibre heel guards, tyre hugger, and shock absorber cover. The carbon fibre bits have helped save the weight by 2.5 kilograms.

Powertrain remains unchanged from the regular model, which means it’s fitted with a 1,285cc Superquadro L-twin churning out 202bhp of maximum power and 144.6Nm of peak torque.

Only 500 units of the 1299 Panigale S Anniversario will be produced, making it one of the most rare special edition variants of all time from the Italian motorcycle manufacturer. 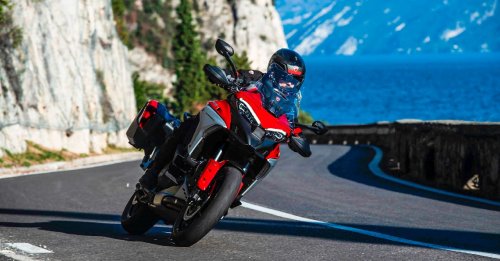