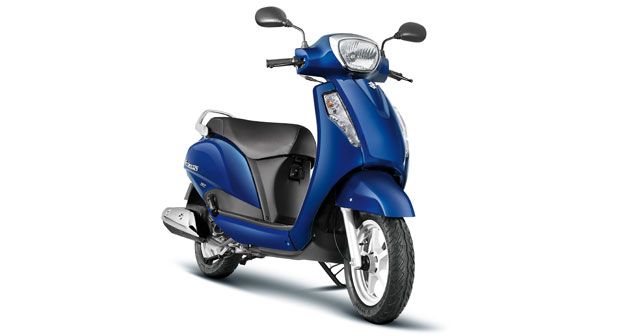 Suzuki has also launched a special edition version of the Access 125 with a silver body paint and beige leatherette seat.

The Access 125 is easily the highest-selling product in Suzuki’s product portfolio. Although it's been in the market for a while, Suzuki had given it a substantial update in 2016. The numbers have been consistent but Suzuki clearly wants to offer more for less. With that in mind, the company has launched the Access 125 with a Combined Braking System (CBS) at ₹58,980. The Japanese two-wheeler manufacturer has also brought in a special edition model, which is priced at ₹60,580. All prices ex-showroom Delhi.

Speaking about the launch, Sajeev Rajasekharan, EVP, Sales and Marketing, SMIPL, said, 'The new CBS update on the Access 125 further improves the value proposition. Suzuki is committed to improving and innovating its products to offer best quality products to our customers. We are confident that with the new enhancements, we will be able to add many more customers to the Suzuki family.'

The Combined Braking System essentially puts equal brake pressure at the front as well at the rear. Although not as effective as a standard anti-lock braking system, CBS provides the rider with improved stability under braking. Aside from CBS, the Access 125 remains mechanically unchanged. It continues to be fitted with a 124cc single-cylinder motor that puts out 8.5bhp and 10.2Nm. Braking duties are performed by a disc up front and a drum setup at the back. Like the standard model the Access 125 CBS will also be available in six colour options. Along with the CBS version, Suzuki has also launched a Special Edition variant of the Access 125. This Special Edition will be available in three colour options – Metallic Sonic Silver, Metallic Matte Black and Pearl Mirage White. All three colour options come with contrast leatherette seat but only the Silver and the Black body colour options come with black alloy wheels.

With sales of over 35,000 units each month since January 2018, the Access 125 is bringing good numbers for Suzuki. At the Auto Expo 2018 in February, Suzuki also took the wraps off the Burgman 125 scooter, which is expected to be launched in India later this year.