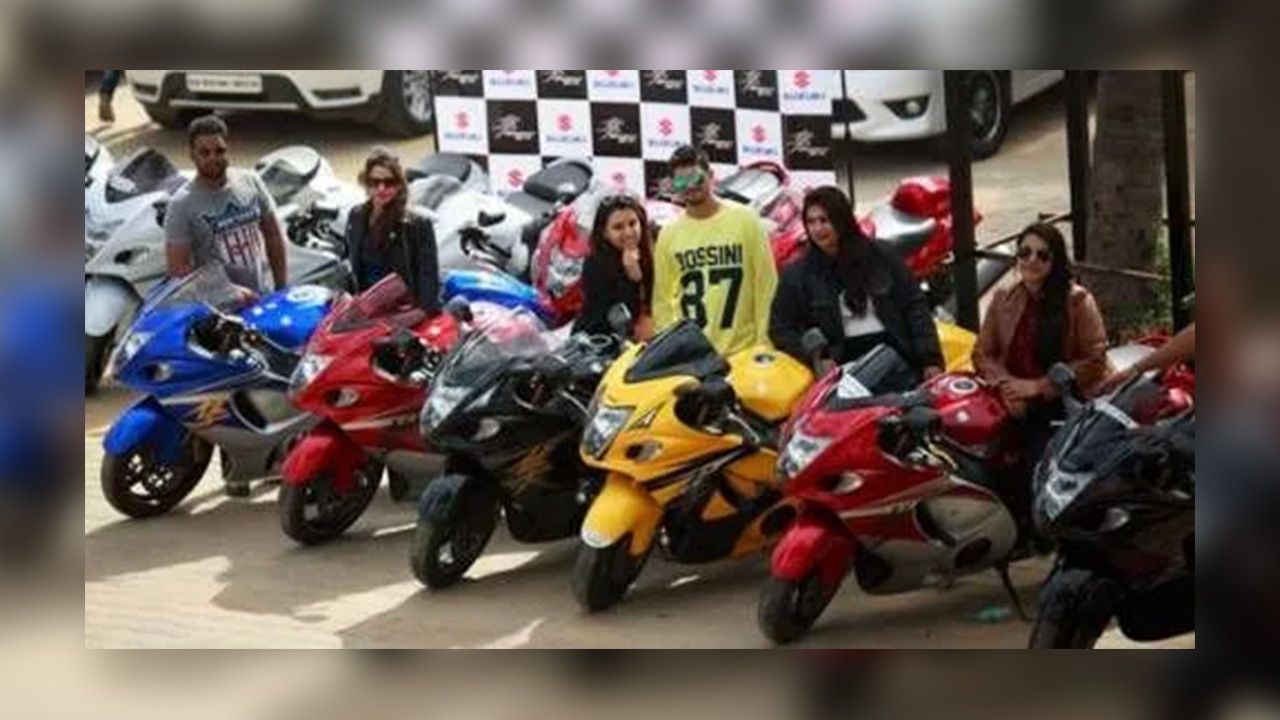 As far as automotive icons go, the Suzuki Hayabusa, or the GSX1300R, certainly stands out as one of the most revered motorcycles of all time. Since its inception in 1999, the Hayabusa has gone on to become a cult motorcycle around the globe. Not to mention the fact that it still is one of the fastest production motorcycles in the world!

Now given the popularity and fan following of its legendary motorcycle in India, Suzuki celebrated the occasion by organizing ‘Hayabusa Day’ in eight cities of the country – Delhi, Pune, Bangalore, Kolkata, Ahmedabad, Mumbai, Bhubaneswar and Hyderabad on August 21. This is the first time that Suzuki has organized ‘Hayabusa Day’ in India. Although the company celebrates ‘Hayabusa Day’ every year on August 23 in Japan.

At the event, Suzuki called Hayabusa owners and enthusiasts for a group ride in all of the aforementioned cities. The company also used this event as a platform to increase brand awareness and promote riding culture in India. After the ride, participating riders/owners were given memorabilia to commemorate the occasion.

Commenting on the occasion, Mr. Satoshi Uchida, Managing Director, Suzuki Motorcycle India, said “The ‘Hayabusa Day’ celebrates the passion and spirit of owning and riding this legendary motorcycle and will instill a sense of pride and exclusivity among Hayabusa owners. We intend to make this an annual tradition to promote the Big Bike Culture and the cult following of the Hayabusa among Indian riders”.

Suzuki recently started assembling the Hayabusa locally for sales in the Indian market. This resulted in a huge price drop (almost in the range of Rs 4-5 lakh!), meaning the Hayabusa is now priced very competitively against rivals at Rs 13.57 lakh (ex-showroom, Delhi).