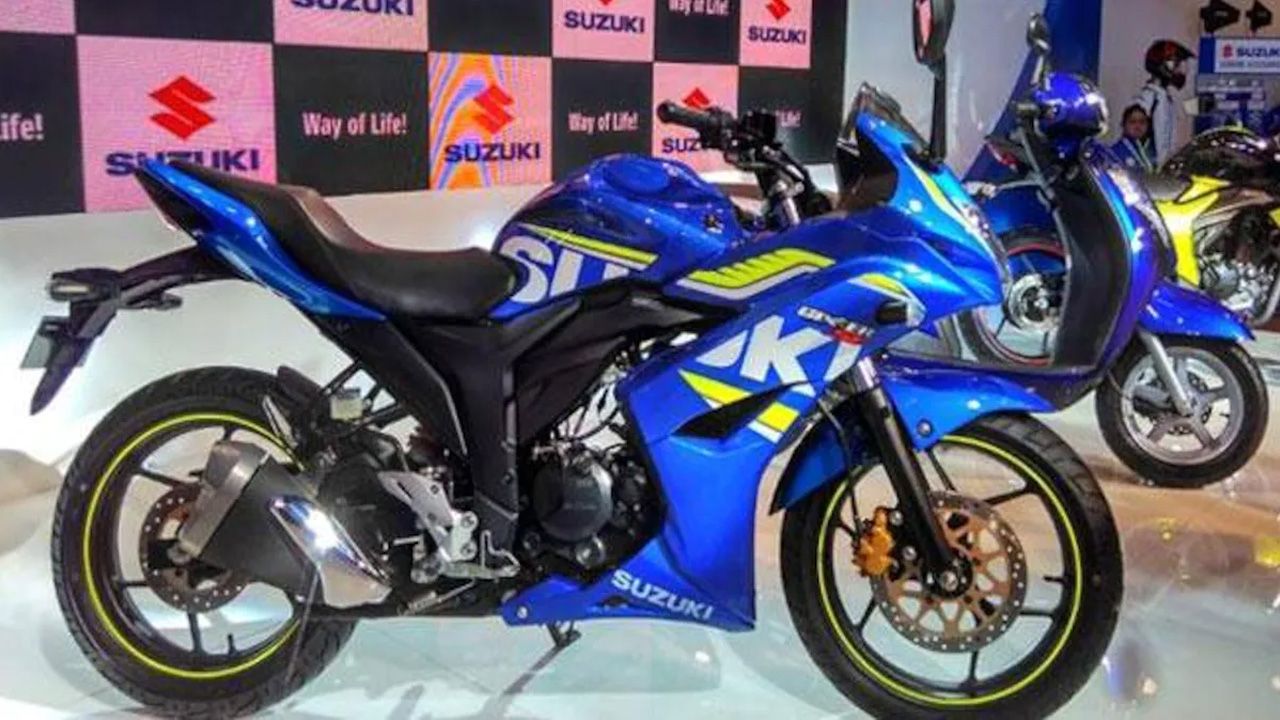 Suzuki Motorcycles India has finally launched the Gixxer SF with fuel injection in India at an ex-showroom, Delhi price of Rs. 93,499/-.

First revealed at the Auto Expo, Suzuki had announced that the new 150cc Gixxer line up will get fuel injection variants later this year. Suzuki has now launched the fully faired version, ‘Gixxer SF’ in India with fuel injection which will only be available in the MotoGP edition featuring Suzuki’s MotoGP race bike inspired livery with rear disc brakes as standard.

The fuel injection variant of the Suzuki Gixxer SF with its Rs. 93,499/- price tag is slightly cheaper by around Rs, 4,600/- compared to the carburetted variant of the bike. The Gixxer SF-Fi gets the same 154.9cc, single-cylinder engine that produces 14.8hp, mated to a 5-speed manual gearbox the torque peaks at 14Nm at 6,00rpm similar to the carburetted version of the bole. The fuel injection system allows the bike to improve fuel economy while also providing better throttle response.

The Gixxer SF-Fi model will only be available in for sale in selected cities like Delhi, Kolkata, Ahmedabad, Mumbai, Pune, Hyderabad, Kochi, Bengaluru, and Chennai.