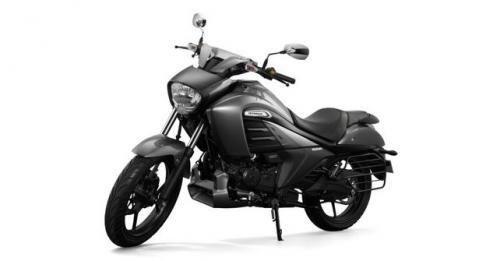 The Intruder Fi is around Rs 6,900 dearer than the carburetted variant.

The Suzuki Intruder 150, which was launched in November 2017, now comes in a new variant with fuel injection.

According to Suzuki, the on board ‘Suzuki Advanced Fuel Injection Technology’ comes with six sensors that calculate the optimum amount of fuel required for better combustion, and hence providing an accurate throttle response at all RPMs.

The Suzuki Intruder 150 shares its underpinnings with the Suzuki Gixxer 150 series, however, the design is inspired from the larger M1800R. While it is based on the same frame as the Gixxer, Suzuki has altered the front rake. The bike features a split-seat setup, fuel tank extensions and a triangular headlamp.

The digital instrument cluster on the Intruder 150 is also borrowed from the Gixxer. At the front, the Intruder gets telescopic forks while the rear gets a monoshock setup. Additionally, the bike will come with disc brakes at the front and rear, however, ABS is still absent.

“Since it’s launch, the Intruder has received an overwhelming demand with close to 15000 units sold, overachieving our projected sales target by 25 per cent. With a unique blend of premium appeal, coupled with futuristic features like ABS and now an efficient Fuel Injection technology, the Intruder is a premium offering in the cruiser segment, unlike any other”, said Sajeev Rajasekharan, Executive Vice President, Sales & Marketing, SMIPL.