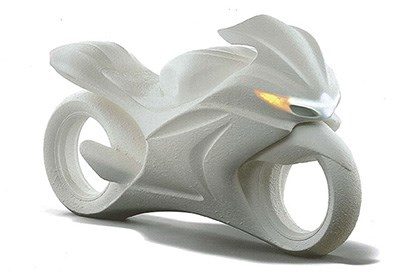 The Tokyo Motor Show is just around the corner and Japanese bike maker, Suzuki has shown this single image of a concept bike, which will be unveiled at the show next month. We have already seen the launch of the new Kawasaki Ninja H2R, and the Yamaha R1, so we have good reason to beleive that this could be the all-new GSX-R1000.

Unfortunately this is the only image available so we will have to wait for the Tokyo show, which will run from October 30 to November 8. Suzuki has not made any announcements yet but the concept is being called 'Concept GSX'. The concept could also be a preview of the upcoming 300bhp turbocharged hybrid bike. Suzuki has said however that the concept encapsulates the potential of the GSX series.