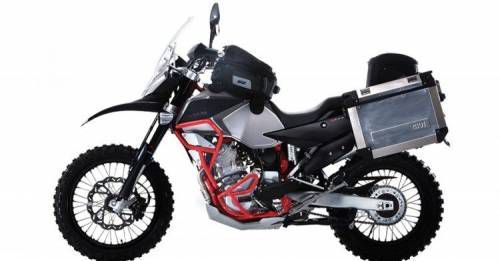 It seems that India is now centre stage for the global two wheeler industry as it has now become the largest market in the world for motorcycles and scooters. Every major bike maker currently sells their products in the country and it looks like another small time Italian bike maker is setting its sights on the Indian market too.

You may not have heard of SWM Motorcycles, but the Milan based bike maker has been around since 1971. SWM primarily focuses on the production of enduro, motocross and off-road motorcycles. The company struggled during the 80s and discontinued production, but at the EICMA 2014 show in Milan, SWM announced that they were back on the market. They introduced six street and off-road bikes with engine sizes between 300cc and 650cc. SWM was able to make a comeback thanks to China-based Shineray Group that decided to fund the motorcycle manufacturer.

We have learnt that SWM will now come to India through Pune based company MotoRoyale - they also import MV Agusta into India. The first SWM motorcycle we will get in India will be the SuperDual. This bike is an entry-level adventure motorcycle that comes with a single-cylinder 600cc fuel injected engine capable of producing 56bhp and is mated to a 6-speed gearbox.

SWM Motorcycles will most likely make its way to India sometime at the end of 2017 and their motorcycles might come in through the CKD route with the help of MotoRoyale.