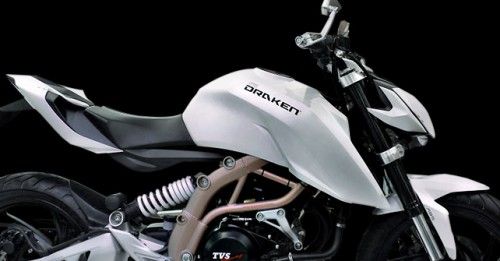 One of the most talked about mergers of the recent times in the Indian automobile industry – BMW-TVS – has confirmed 100% German engineering in its products.

According to the confirmation by the Indo-German alliance, BMW-TVS will try to encash the highly successful entry-level performance motorcycle segment here in the Indian market. Under this alliance, the products will be 100% engineered by BMW and TVS will use its mass production skills with world-class quality and to keep the production cost less.

On what to expect from the alliance in the near future, BMW CEO, Stephan Schaller confirmed a single-cylinder engine in the sub-500cc category. This engine will be used on the motorcycle known as K03 (codename) which will be revealed before the year ends. The powertrain developed for the K03 can also be further developed to support a twin-cylinder motor over the next two years.

Enjoying the development under the alliance, TVS will also launch its own range of vehicles which will use the same platform and the engine. The quality of the finished product will be the same in the developed markets as well as in developing markets. To give a very premium look and feel to these motorcycles, all these motorcycles will come with a BMW Motorrad badge and will be exported to other markets as well. Under this program, BMW will also open its fifth global manufacturing facility in India after Germany, Thailand, China and Brazil.