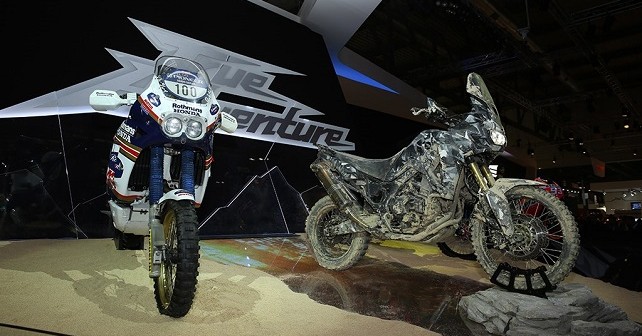 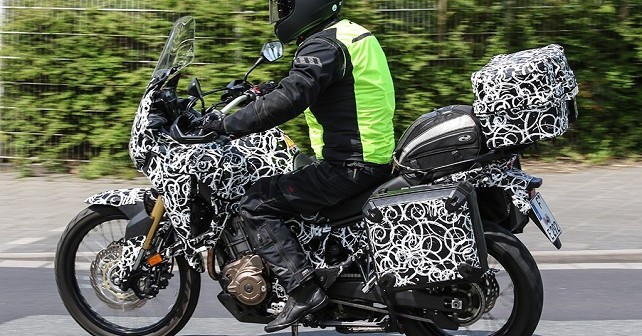 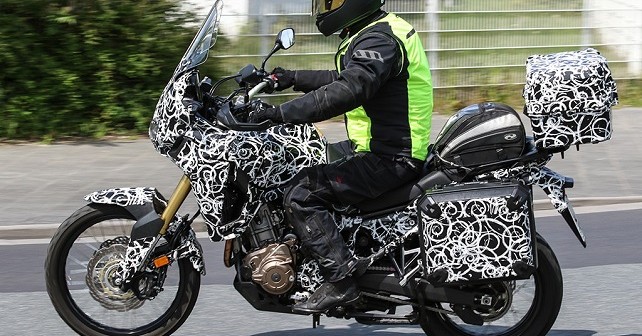 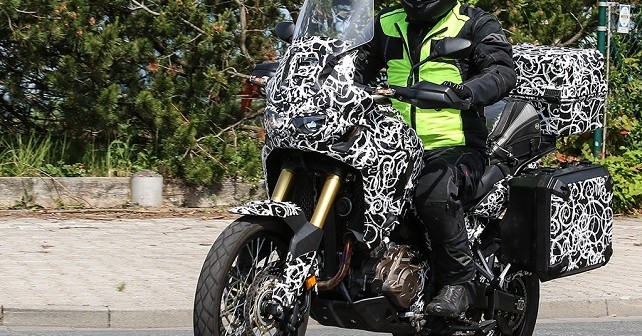 After Honda revealed two scoop pictures of its new Africa Twin, the bike was spied testing in Germany and according to the pictures, the bike looks larger than life.

One of the most anticipated motorcycles of the recent times, the Honda Africa Twin, has been spied being tested in Frankfurt, Germany. After Honda released two not-so-enough teaser shots of the motorcycle very recently, the bike has been spied testing near Frankfurt, Germany. This can possibly mean that the bike is almost ready to be launched as Frankfurt is the hub where bikes are being tested for endurance and emissions finally before their launches.

To check out the two teaser pictures of the Honda Africa Twin as released by its manufacturer click here.

The CRF 1000F Africa Twin that was spied testing looks like a proper adventure touring bike that is aimed at taking on the likes of the BMWR1200GS, Triumph Tiger Explorer, Yamaha Super Tenere and the Ducati Multistrada.

The engine of the 100cc bike is a parallel-twin with a Dual Clutch Transmission (DCT) minus a clutch lever. The bike also flaunts a very revolutionary bar mounted paddles to change the gears.

According to the sources at Honda, the bike will be available with Honda dealerships across the world before 2015 ends which means that the bike should be ready for launch sometime very soon.

Unlike the previous avatar – the XRV 750 – the CRF 1000F will not have a V-twin setup, but a very refined parallel-twin which will have its share of benefits over the V-twin setup.