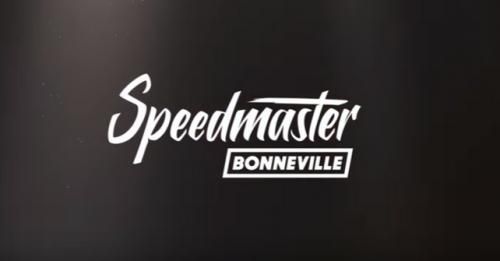 The Bonneville Speedmaster will be revealed on October 3, 2017.

Triumph has officially teased its upcoming motorcycle in a video. The new motorcycle will join the British brand’s famous Bonneville family. The Bonneville Speedmaster is rumoured to be a derivative of the Bonneville Bobber. However, unlike the latter which is a single seater, the Speedmaster is believed to sport a modified rear end to make way for a pillion seat. So, expect Speedmaster to be the cruiser twin of the Bobber.

Going by the teaser, the engine and the exhaust system look like they’ve been straightaway lifted from the Bobber. Therefore, a 1,200cc parallel-twin motor with 75bhp and 106Nm will propel the Speedmaster. A 6-speed gearbox comes standard along with the setup.

This won’t be the first time that Triumph will use the Speedmaster name on its motorcycle. The previous generation Triumph Speedmaster was sold in the early 2000s, and was a proper cruiser class bike. This time, however, the Speedmaster will be a part of the Bonneville family.

The motorcycle will be revealed at the company’s headquarters in Hinckley, UK on October 3, and simultaneously, Triumph will also inaugurate a new visitor centre at the same place. The Triumph Bonneville Speedmaster will soon launch globally after its reveal, and will be sold in India as well.

While there is still some time before the before the unveiling of the Triumph Bonneville Speedmaster, watch its official teaser video below.