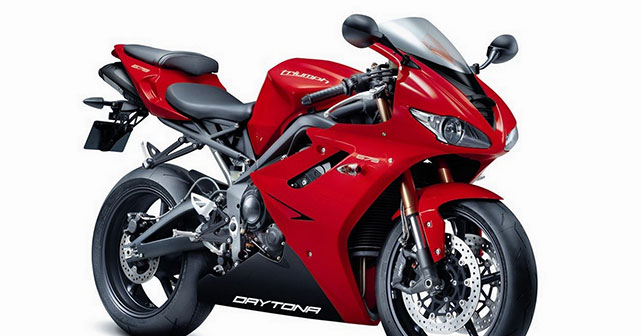 British motorcycle manufacturer Triumph today made an announcement about its entry into the Indian market with products slated to hit the roads by November 2013. We last saw the Triumph range of products at the 2012 Auto Expo and many of us were wondering if the company was rethinking of entering the Indian market.

But now we can surely say, Triumph is here to stay. Paul Stroud, director sales and marketing (global), Triumph Motorcycles said "The year 2013 is a very crucial year for Triumph Motorcycles in India and as a company, we are confident about the timing of our market entry"

The company has appointed Vimal Sumbly as the managing director of its India subsidiary. Prior to joining Triumph, Sumbly worked as general manager, sales, at Bajaj Auto.

The British motorcycle company will start assembling some of its models in India at its CKD assembly facility at Manesar, which nears completion. Sumbly said that he was “delighted to have joined Triumph as the brand looks to embark on a well phased out strategy for the Indian market"

The company has already posted on its website http://www.triumph.co.uk/india/ the products that one can expect in India which range from the iconic Bonneville to the Daytona675 and even the Rocket. It is also in the process of scouting for dealer partners across strategic locations within India.