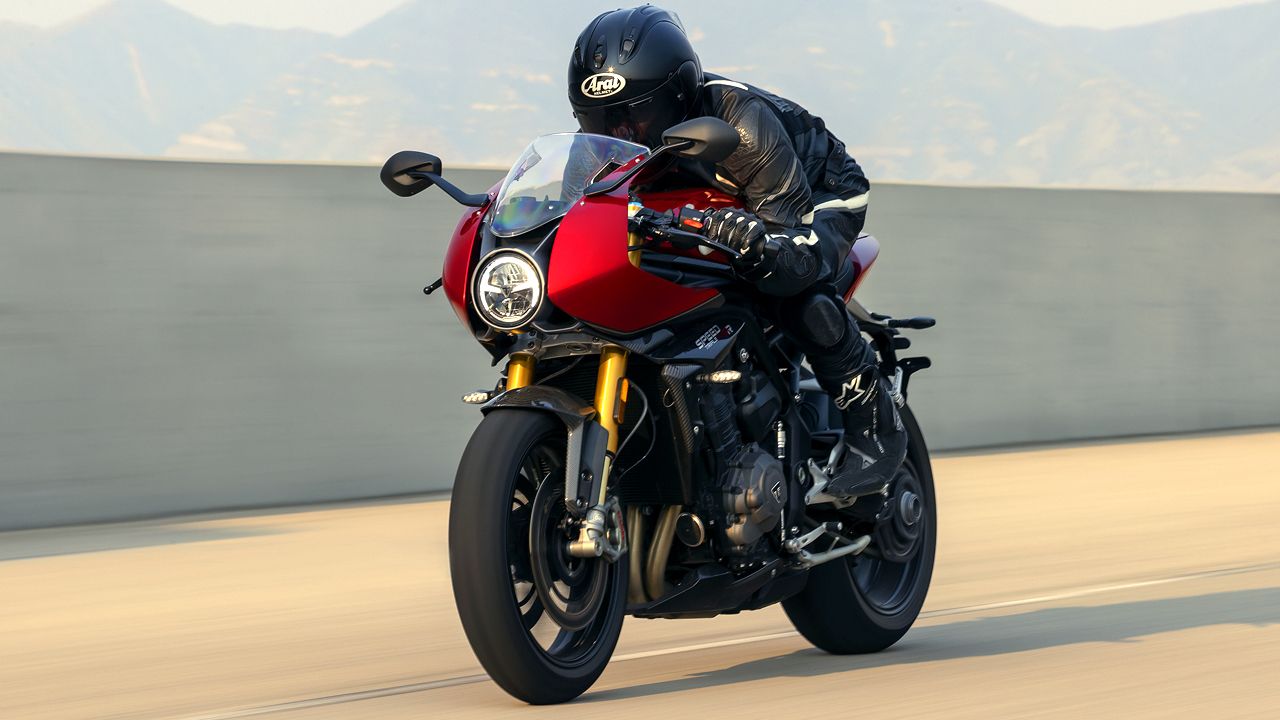 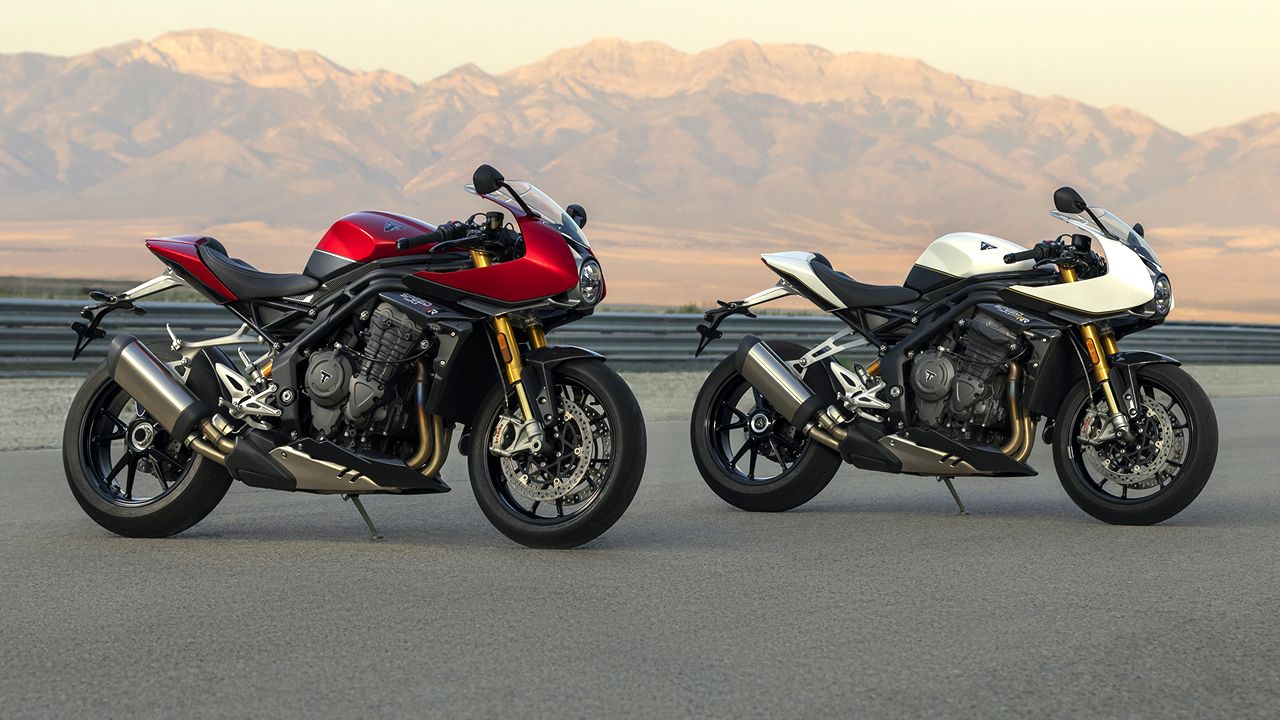 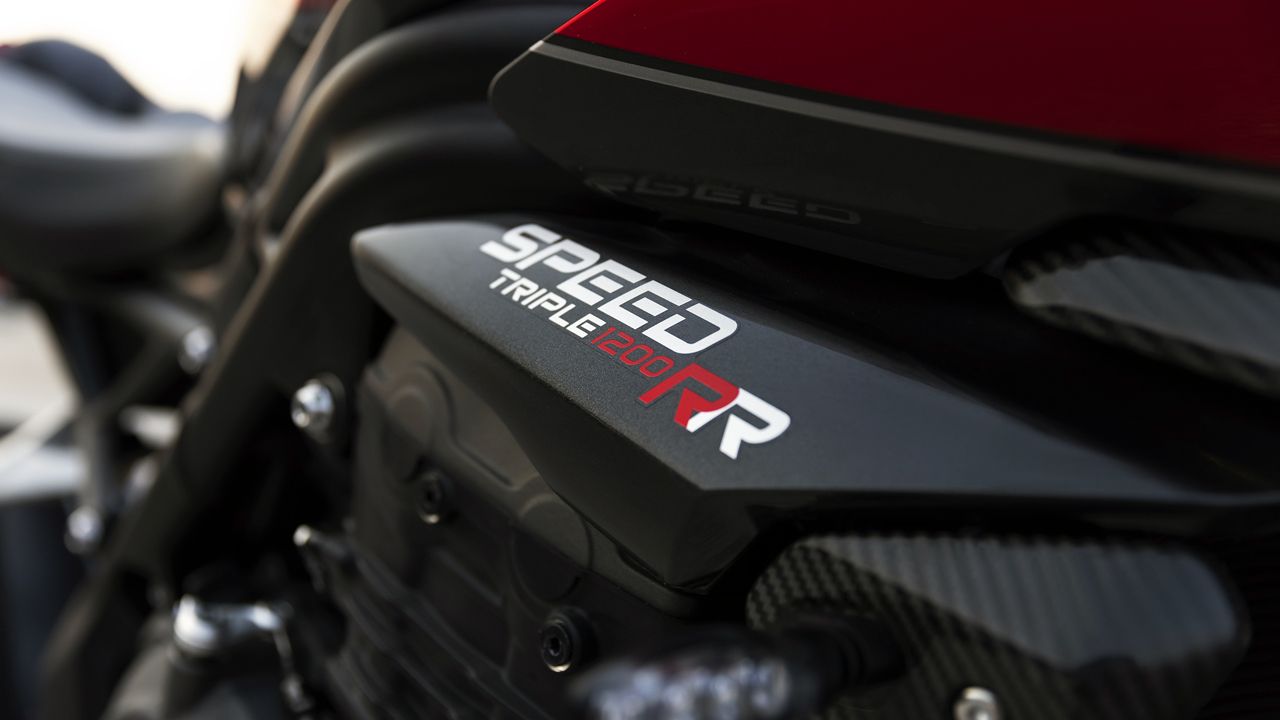 Folks at Hinckley claim that the 1200 RR is 'the most focused and exhilarating Speed Triple ever!'

Wraps have finally come off the beautiful 2022 Triumph Speed Triple 1200 RR, and as expected, the 1200 RS' new sibling arrives with a café racer-inspired look, which gives it a bespoke identity.

The most prominent design element that immediately catches your attention is, of course, the smooth and swept-back half-fairing, which houses a retro-style single round LED headlamp. To top it off, the 1200 RR also features abundant carbon fibre detailing and new two-tone paint schemes to distinguish itself from its naked sibling. 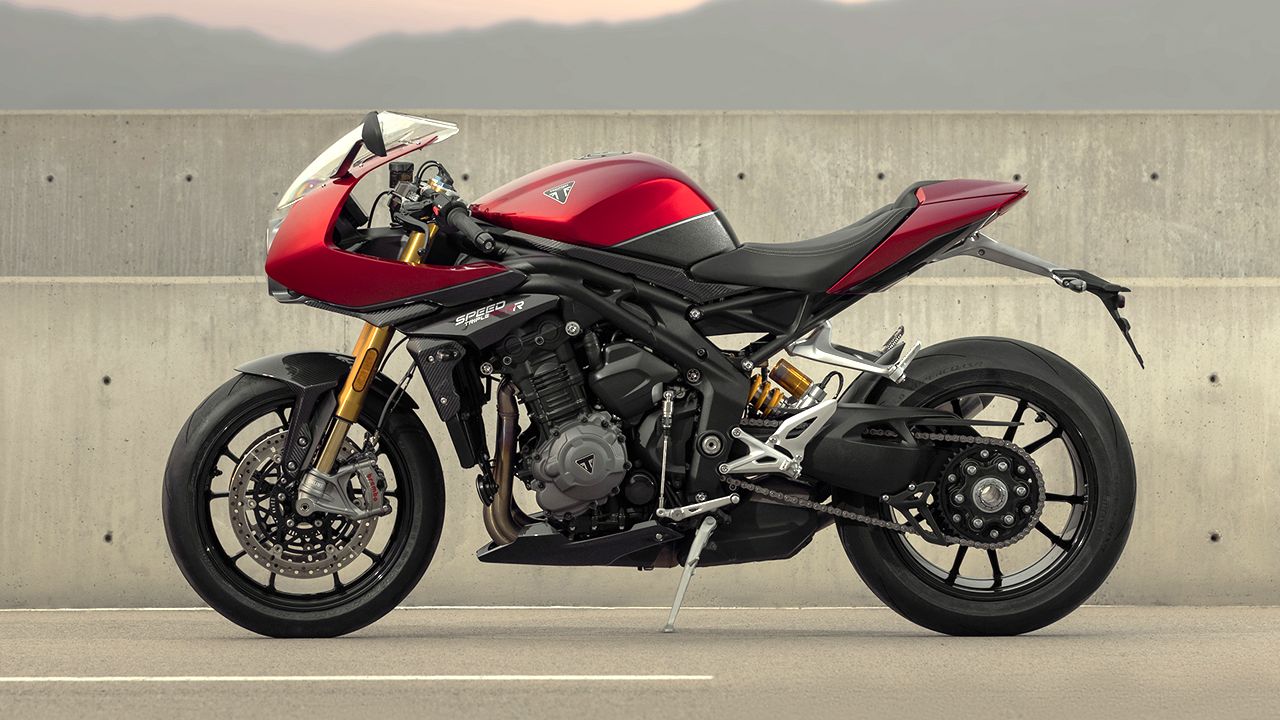 Another aspect where the 1200 RR takes it up a notch is in terms of rider ergonomics. Updates on this front come in the form of revised clip-on handlebars, which are set 135mm lower and 50mm further forward than that of the Speed Triple 1200 RS, and a new tailored footpeg configuration. All this, when combined with the 830mm seat height, a narrow fuel tank and a sculpted seat, gives the 1200 RR a much more aggressive riding posture to ensure enhanced sportiness. 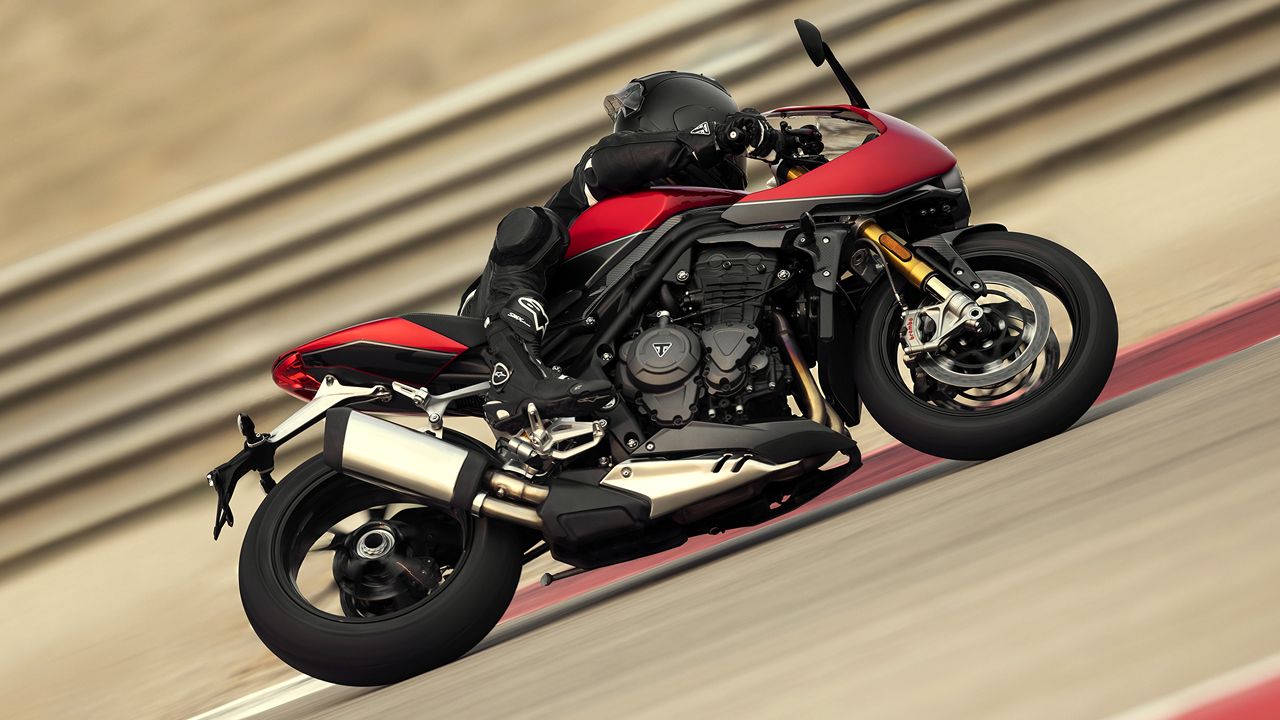 The core mechanical bits, however, remain shared across the Speed Triple line-up. Both versions continue to be powered by the 1,160cc liquid-cooled triple motor, which develops 178bhp @ 10,750rpm and 125Nm of peak torque at 9,000rpm. The power is transmitted via a six-speed gearbox. 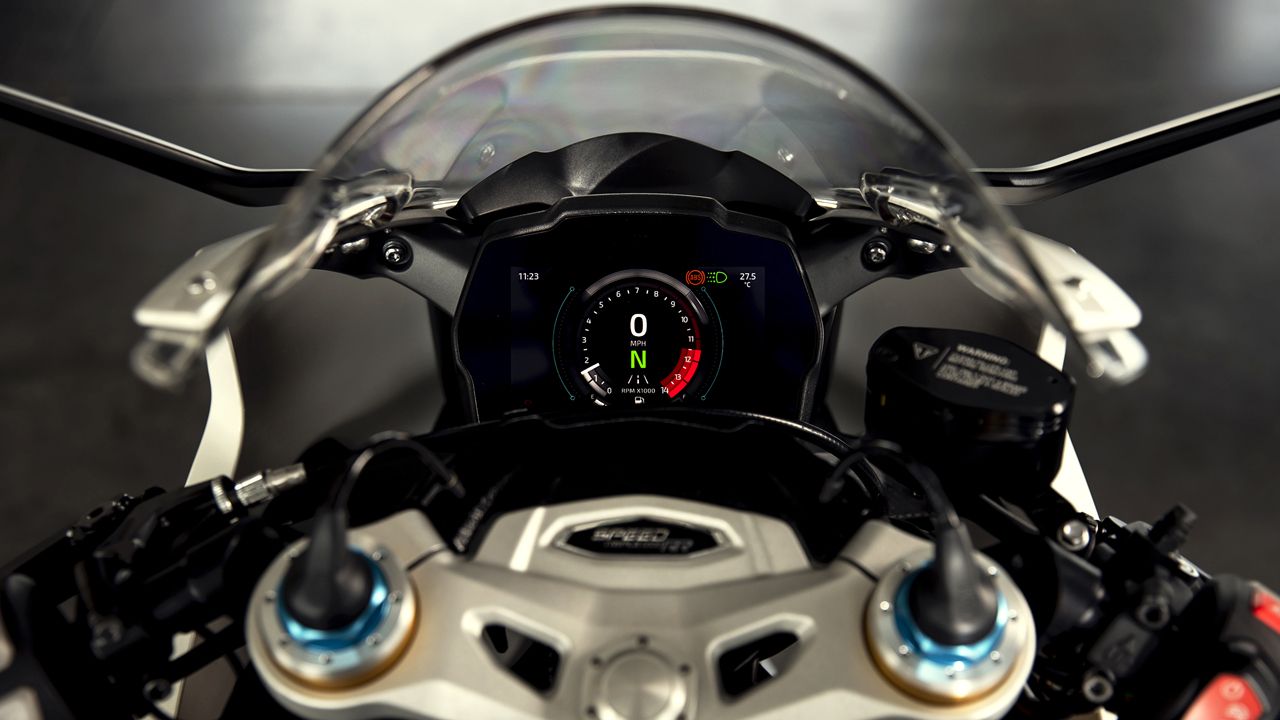 The 17-inch cast aluminium wheels are wrapped with the new high-performance Pirelli Diablo Supercorsa SP V3 tyres, which are also unique to the 1200 RR.