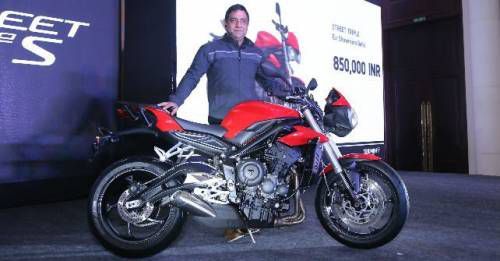 The latest Triumph Street Triple initially will only be available in the entry level 'S' variant.

The new Street Triple is available in three variants globally – S, R and RS. For India, the ‘S’ version has been launched first with the other two expected to arrive later this year. Triumph was already accepting bookings for the Street Triple S for a minimum amount of Rs. 2 lakh.

At the heart of the new Triumph Street Triple is a new 765cc, inline 3-cylinder motor, capable of producing 111bhp of maximum power and 73Nm of torque.  A six-speed gearbox handles the power transmission duties. In contrast, the outgoing version of the Street Triple was powered by smaller 675cc engine. 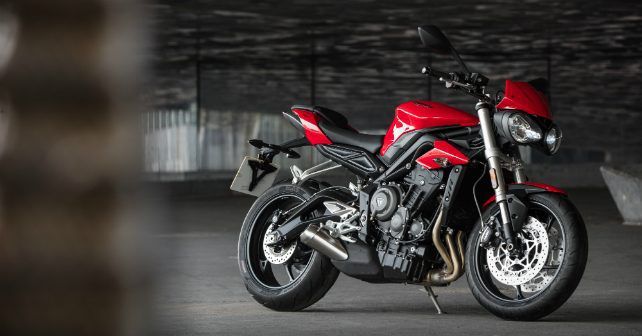 The new Triumph Street Triple S is based on the same chassis of the older model, however, a few revisions have been made to it in the form of a new gullwing swingarm and new mounting points.  On the features front, the motorcycles gets ride-by-wire throttle, ABS, traction control, and Road and Rain riding modes.

The latest Triumph comes equipped with 17-inch Pirelli Diablo Rosso Corsa tyres, 120/70 up front and 180/55 t the rear. On the braking front, Nissin Twin 310mm floating discs do duties up front whereas Brembo Single 220mm fixed discs at the rear.

Launched at Rs. 8.50 lakh (ex-showroom Delhi), the new Triumph Street Triple S will compete in India with the likes of the Kawasaki Z900 and Benelli TNT 899. 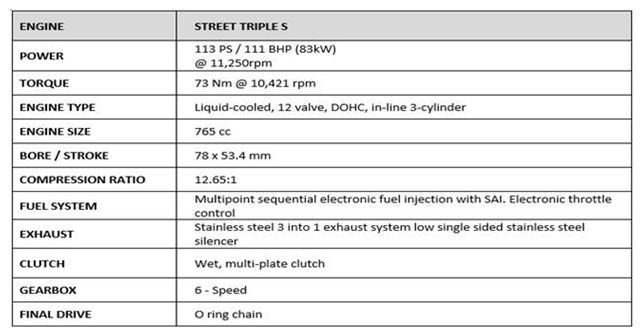