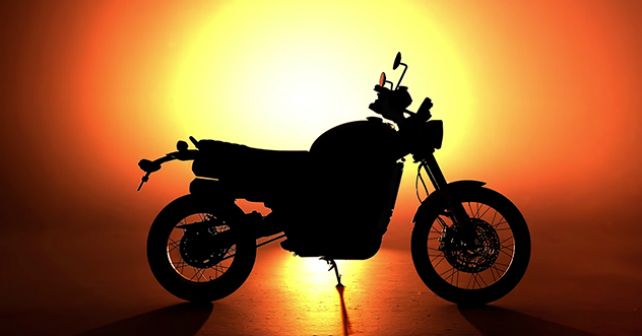 We have been expecting this one for a while, but it was only last month that Triumph Motorcycles released the first teaser of the upcoming Scrambler 1200. The British premium bikemaker has revealed that this new offering will be unveiled on 24th October.

The company hasn’t shared any information about the Scrambler 1200 as yet, but we were able to decode a few things based on the trailers. Let’s talk about the design first as there are pretty much no surprises there. Just like the smaller Scrambler, this one too will continue to have retro-modern styling. While that is surely the underlying theme, it's safe to expect elements that flaunt its scrambler DNA. The second teaser, however, reveals some more details of the motorcycle. Up front it has a circular LED headlamp with a Triumph logo in the centre. Adding a sense of contrast to the overall design are those fat golden front forks. To ensure that it is as capable as its name suggests, Triumph has also fitted it with a bash plate, knuckle guards and twin side-mounted exhausts.

The Triumph Scrambler 1200 is expected to be based on the same motor as the Bonneville T120. The Bonnie makes about 79 horses and 105Nm from a 1,200cc twin-cylinder motor. This engine comes paired with a 6-speed manual. If the smaller Scrambler is anything to go by, expect a mildly retuned motor to suit the motorcycle’s nature, longer suspension travel and spoke wheels.

Triumph will take the wraps off the Scrambler 1200 on 24th October, but it will only make its way to India in the second quarter of 2019. When it lands here, Triumph will already have its competition set, as Ducati has just brought in the Scrambler 1100. The Italian offering has been launched in three variants at a starting price of ₹10.91 lakh (ex-showroom).