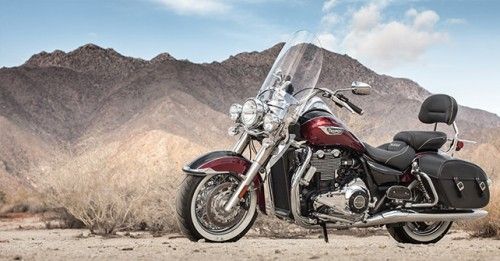 British bike maker Triumph has further strengthened its presence in the Indian market with the launch of another product. The newest member of the Triumph family to arrive at Indian shores is the Triumph Thunderbird LT, a premium cruiser bike offering from the cult brand. The LT is essentially a touring cruiser version of the brawny Thunderbird cruiser. The engine powering the LT is the same as the original Thunderbird, which is the 1,699cc liquid-cooled DOHC parallel-twin engine - which also happens to be the world's largest parallel-twin motorcycle engine - with power figures of 93bhp and 151Nm of torque. The engine is mated to a 6-speed manual transmission and a belt final drive for lower maintenance and longer life.

Featuring unique styling, the Thunderbird LT with its large windshield, auxiliary spot lamps and wire spoke rims gives it a huge amount of road presence - while maintaining the feel of a premium touring bike. The Triumph Thunderbird LT also gets added features such as detachable leather saddle bags, and a new, lower seat design with added dual-layer foam cushioning for long distance cruising in utmost comfort, as well as a high back rest for the pillion rider. Additional features include a new handle bar design and the world's first radial white wall motorcycle tyres. The suspension has also been fine tuned to be smoother for Indian road conditions. The Triumph Thunderbird LT has been launched at a price of Rs 15.75 lakh ex-showroom Delhi.

The legendary bike manufacturer has been in India for only a year and has already delivered well over 800 bikes to Indian consumers, while their footprint in the country also continues to grow steadily, with currently 8 dealers already up and running, while 2 more dealers will be joining the lineup in 2014, taking the total number to 10. And with the addition of the Thunderbird LT, their product lineup in India now consists of 12 different bikes spread over varied segments. 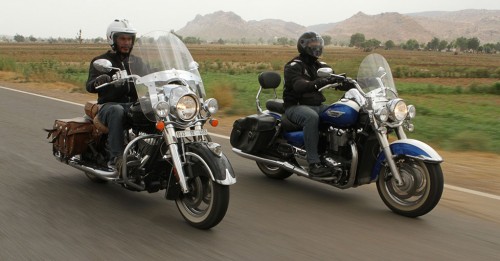 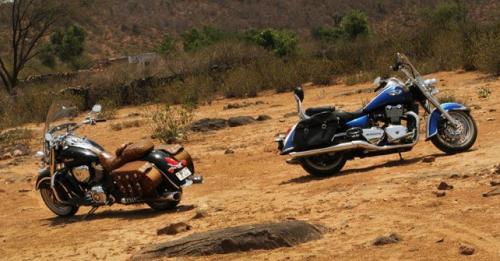 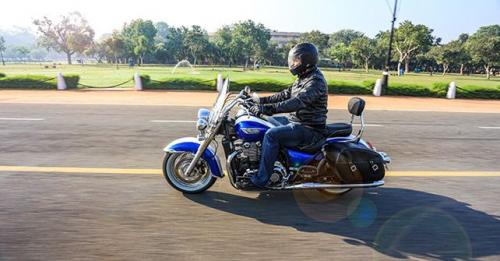