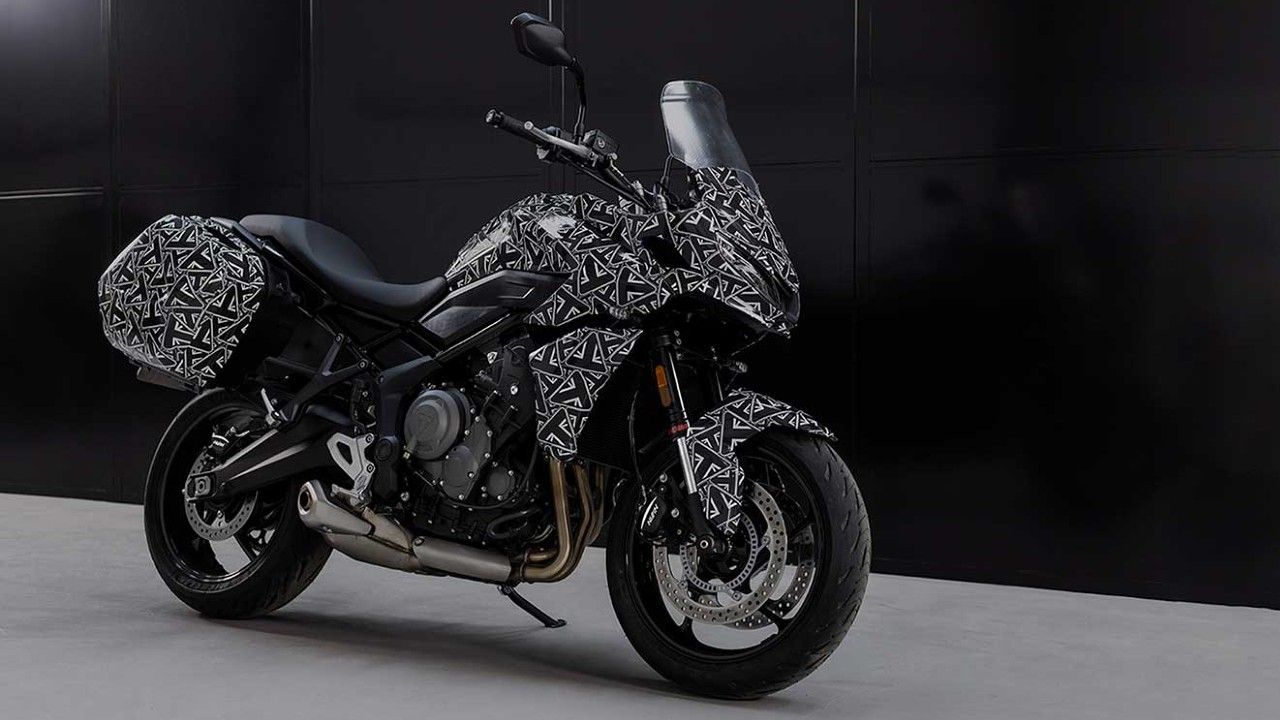 As the name rightly suggests, the Tiger Sport 660 will be based on the same platform that underpins the Triumph Trident 660. Expect it to be unveiled globally later this year in November.

It seems that Triumph is working hard to make its adventure range of motorcycles accessible to a larger audience. Last year Triumph brought in the Tiger 850 Sport (which was introduced in India in February) as a more affordable iteration of the Tiger 900. Now, the UK-based brand will take the game a step further with the introduction of the Tiger Sport 660. Triumph has just released the images of a heavily camouflaged Tiger Sport 660. Leaked images of a dealer presentation last year revealed that Triumph will bring in two more motorcycles based on the 660 platform – an adventure sport and a thorough adventure bike – apart from the Trident. The prototype showcased now seems to be the former, and with that in mind, it is likely to be christened the Tiger Sport 660. 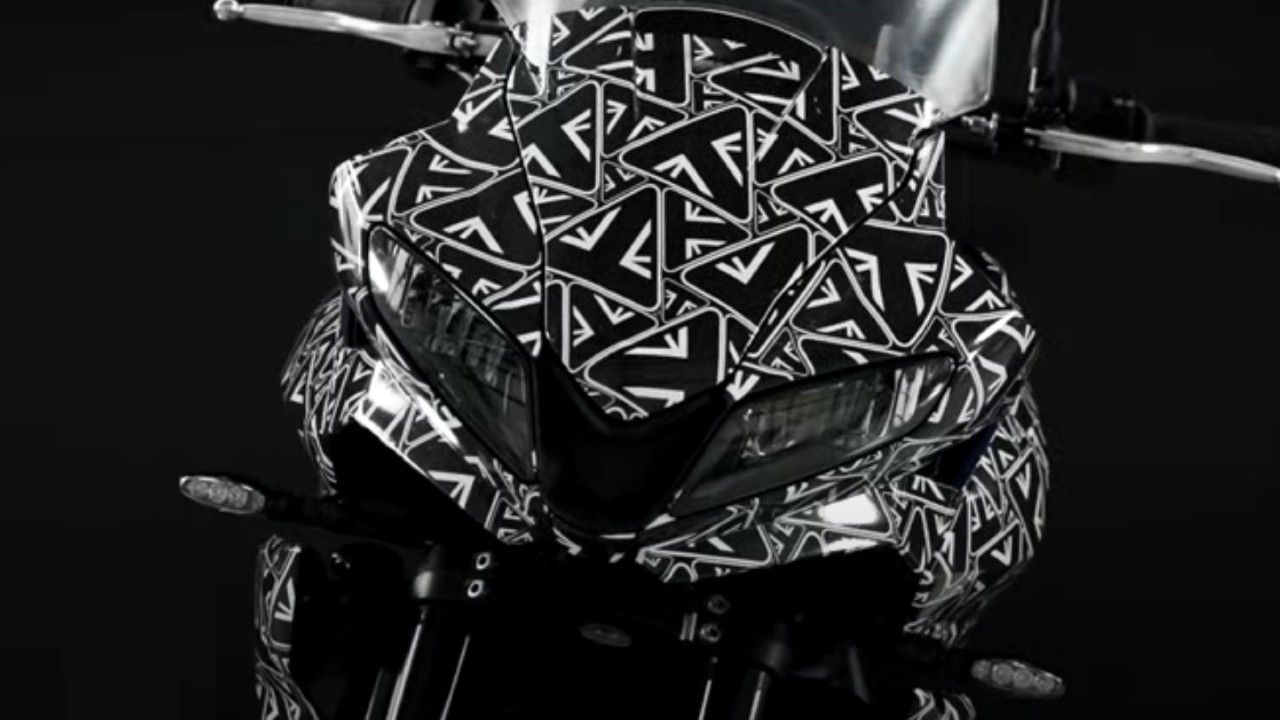 Triumph has not yet released any details about the Tiger Sport 660, but despite the camouflage, some details are easily visible. The Tiger Sport 660 will sit on Showa-sourced USDs at the front and a mono-shock setup at the back – pretty much like the Trident 660. Given its ADV aspirations, expect the Tiger Sport 660 to have longer suspension travel than the Trident. Its stopping power will come from twin discs at the front and a single disc at the rear. The smallest Tiger will sit on 17-inch alloy wheels at both ends and will come wrapped with Michelin Road 5 tyres, making it quite road-biased. 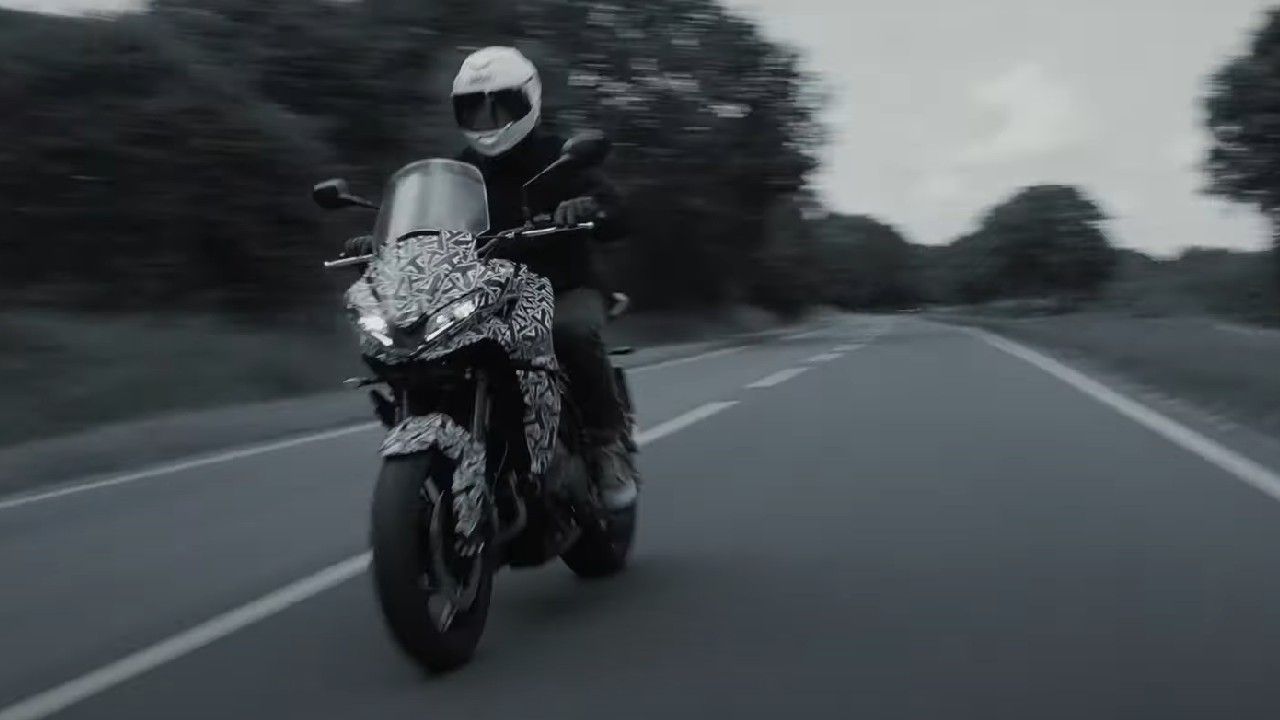 Design details of the Tiger Sport 660 have not been revealed as yet, but it will get a sharp front-end with sleek twin LED headlamps, a clear windscreen, a large fuel tank, an underbelly exhaust, and a long single-piece seat. If the tall handlebar and the neutrally positioned footpegs are anything to go by, the Tiger Sport 660 will have an upright and comfortable riding stance.

Expect Triumph to pull the wraps off the Tiger Sport 660 at EICMA in November. And its India launch will likely be in the first quarter of 2022. Triumph will also bring in a thorough adventure offering, the Tiger 660, based on the 660 platform.