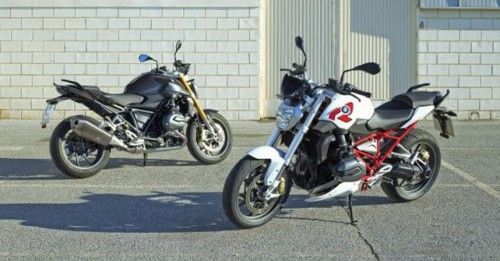 Not so long ago, BMW unveiled two new boxer models – R 1200R and R 1200RS – and the new S 1000RR at the INTERMOT in Germany. Now, the world’s leading premium automobile manufacturer is ready to roll-out two new motorcycles at the EICMA 2014 to be held at Milan, Italy from November 5 to 9. EICMA is, undoubtedly, the biggest event in the two-wheeler world, and every two-wheeler manufacturer intends to make most of it.

BMW has cordially invited auto journalists on November 4 at the BMW Motorrad stand to attend a press conference to be held at 9 am. If the rumours are to be trusted, BMW is going to launch three new models sometime very soon – S 1000, Nine T Scrambler and K 1600R. So, expect two of these models to be unveiled in less than five days time.

The S 1000 will go down in an arena where it will compete with the likes of Ducati Multistrada, Suzuki VStrom and Aprilia Caponord, and will use the same engine as found in the legendary S 1000RR. The Nine T Scrambler will be a direct threat to the Ducati Scrambler that was launched at the INTERMOT. The final nail in the coffin will be the K 1600R which has an unbelievable inline six-cylinder engine. Now, which two models does BMW choose to launch next week is something we are eagerly waiting to see.