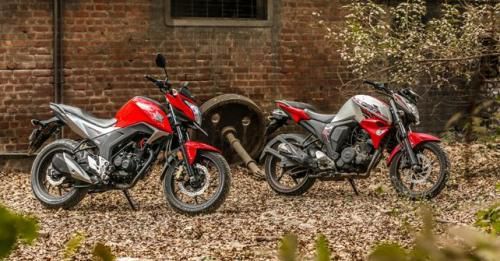 August 2017 proved to be a very positive month for  two-wheeler manufacturers in India - with many of them setting their ‘highest-ever’ sales record this month.

Hero MotoCorp, the world’s largest two-wheeler manufacturer, in August clocked its highest-ever sales for any single month. Hero MotoCorp sold 678,797 units of two-wheelers in August 2017, thereby registering a growth of 10% over the corresponding month last year when the company had sold 616,424 units.

Similarly, Hero’s partner from the yesteryear - Honda Motorcycle & Scooter, also created a new record ahead of the festive season, breaching 6 lakh sales mark in a single month for the first time. Honda saw total sales grow 26 per cent from 492,368 units in August 2016 to 622,180 units.  The Japanese company’s domestic sales closed at highest ever 586,173 units in August 2017 compared to 466,289 units last year.

Yamaha Motor also registered a growth of 4 per cent in domestic sales (including Nepal) during August 2017 as compared to the corresponding period last year. Royal Enfield, too continued the second quarter of 2017 with good sales performance and posted sales of 67,977 motorcycles in the month of August, recording a growth of 22 per cent over the same period last year.

However, for Bajaj Auto - at 283,861 units sold in August 2017, cumulative domestic and export sales were marginally down by 1 per cent.