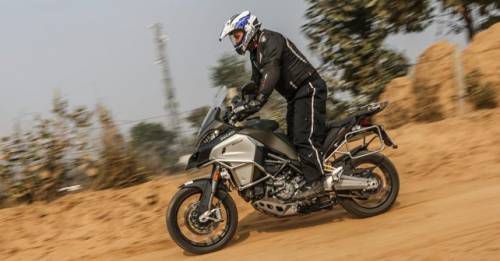 Italian motorcycle firm Ducati is reportedly up for grabs. Rumours suggest Hero MotoCorp is one of the potential buyers.

Word is out that Volkswagen Group is considering selling the Ducati brand in the wake of the losses incurred after the diesel emissions scandal. The German auto giant has reportedly asked investment banking firm Evercore to evaluate the possible sale options as well the current market value of the Italian motorcycle brand.

Ducati is currently owned by Audi, which is one of the subsidiaries of the VW Group. Audi bought Ducati in 2012 for around 860 million euros while currently it’s said to be valued at 1.5 billion euros. Under the leadership of Audi, Ducati’s global sales have seen substantial growth – Ducati’s annual earnings reportedly stand at 100 million euros at the moment.

As per some reports, Volkswagen has also started reaching out to potential buyers. In fact, Hero MotoCorp is said to be in the running to become Ducati’s new owner among other Chinese groups. There’s, however, no official confirmation about selling the Ducati brand from Volkswagen or Audi.

In the past year or so, Volkswagen has taken drastic measures to cut down on its expenses, owing to the group’s diesel emissions debacle. The firm first made Audi pull out of WEC (World Endurance Racing), which was closely followed by the exit of Volkswagen from WRC (World Rally Championship). While the firm never officially made it public, it’s a given that both these steps were taken to cover the costs of the emissions scandal. Ducati’s sell out rumours could very well be the third and final step to strengthen the group’s finances.